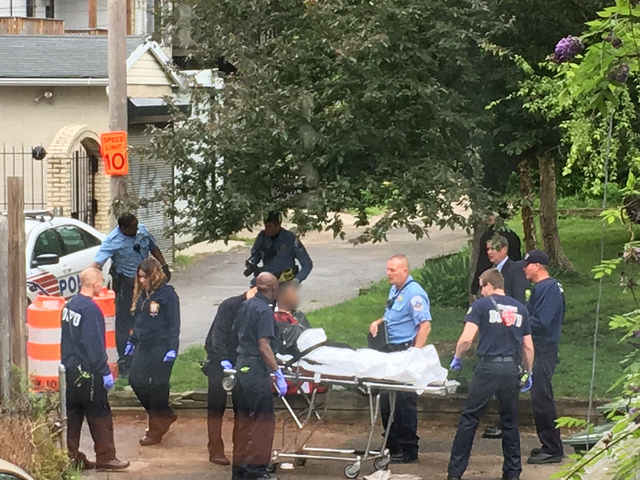 Ed. Note: “Lieutenant Wright made a typo when posting on the list serve. The incident occurred in the rear of the 200 block of V Street, NW.”

An update from a reader:

“This sounds exactly what happened at that time in Bloomingdale today. I witnessed it from inside my house on Crispus Atticus Park. It was in the alley on the park between U and V St. I heard a gun shot fired — then walked to back of house and saw 3 construction workers struggling with the suspect. I couldn’t see the gun at first but heard a couple more rounds go off during the struggle. It was extremely scary. Another construction worked joined the struggle — they wrestled the gun away from the suspect and pinned him to the ground.

These construction workers were VERY brave to take on this guy.”

“At approximately 1130 hours Fifth District received a call for sounds of gunshot in the rear 200 block of V street NW. When the officer arrived several males were holding the suspect on the ground. It was reported that the suspect approached the victim and attempted to rob him. The suspect produced a revolver and the victim grabbed the weapon and as a result the revolver was fired three times one round struck the victim on the left check. The suspect was apprehended by a few men who were working on a vacant house. The weapon was recovered on the scene.”