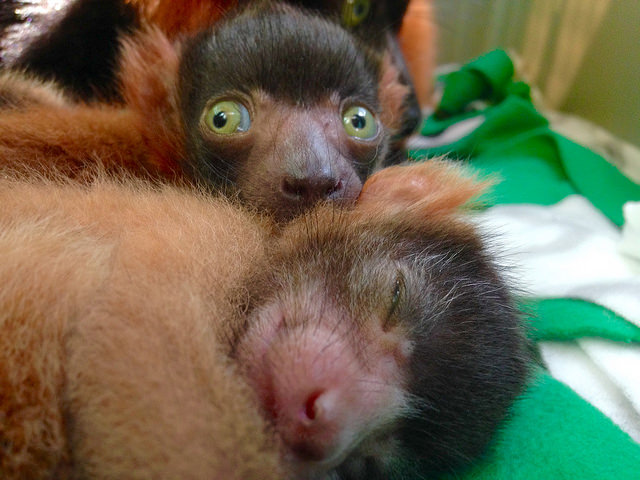 Animal care staff check the nest every day and have observed Molly nursing and carrying the babies, which appear to be healthy and strong. Zoo veterinarians will perform a complete physical exam on the lemurs and determine their sexes in the next few weeks. Keepers covered a portion of the enclosure glass with corrugated plastic to help the babies acclimate to their environment. Visitors can view all three adult red-ruffed lemurs and the babies in the Small Mammal House’s mixed-species exhibit. 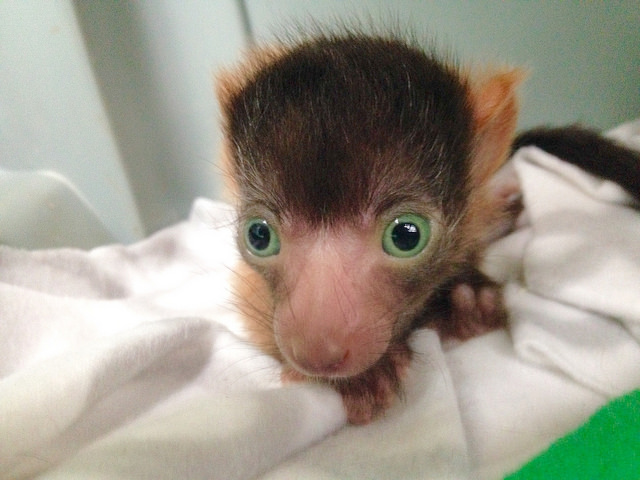 Red-ruffed lemur females usually give birth to three young, although they can have up to six young in one litter. Unlike most primates who carry their offspring with them, red-ruffed lemurs typically leave their young in nests while they search for food. Native to the northeastern deciduous forests of Madagascar, red-ruffed lemurs are considered critically endangered by the International Union for Conservation of Nature due to deforestation, hunting and trapping for the pet trade.”