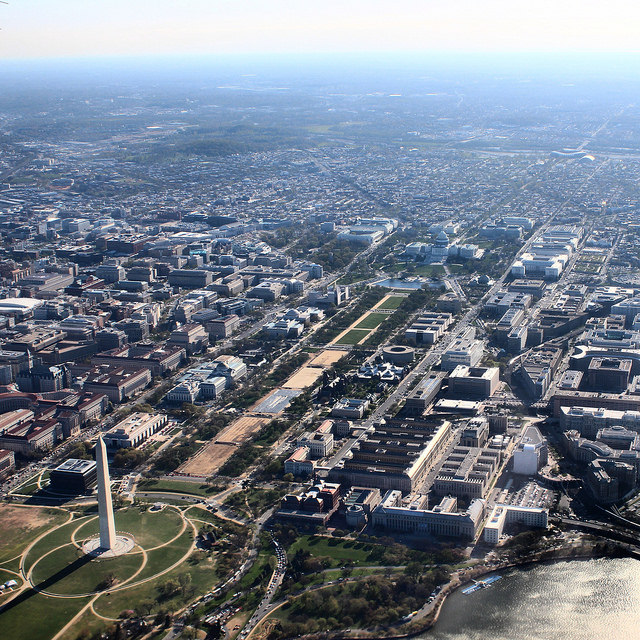 About 6 pm, I was walking up 11th Street NW. At Girard Street, I witnessed a multi-car accident (at least four moving vehicles involved, some parked cars hit, a biker nearly hit, etc.) This was kind of scary, especially because one of the vehicle’s airbags deployed, a woman got out of that vehicle and was yelling, “please come help, I have baby and my daughter inside, please help [add understandable panic here].”

One cop–a young woman–arrived on scene very quickly, and started making sure people were okay, then proceeded to try to figure out the trajectory of the vehicles and take witness information. DC Fire and Rescue sent four ambulances that arrived not long after the first cop (the number of ambulances made sense considering the number of people who were in the cars and the number of people who called 911). Additional cops arrived shortly after that. Serious props to the cops and the EMTs for their quick responses.

What occurred between (and during) the cops/EMTs showing up was one of those things that you don’t hear about often in DC. Since there were several people walking along the sidewalk at the time the accident happened, 3-4 people were immediately on their phones calling 911. When the woman started yelling, people went to her (we were all in a bit of shock)); as soon as it was clear that she and her kids were okay a couple of bystanders (including a pediatrician) stayed with them, other bystanders went to comfort the other people (drivers, passengers, etc.) that had also been involved in the accident but didn’t appear injured. Also, a big thank you to the guys who had been in the laundry mat or convenience store across the street that went to either end of the street and started directing traffic to take other streets so the cars wouldn’t drive around/thru the accident scene (which was the entire intersection) and/or traffic wouldn’t become hopelessly backed up.

Although the accident last night was bad, the upside was that it brought out the best in a lot of people, too.”