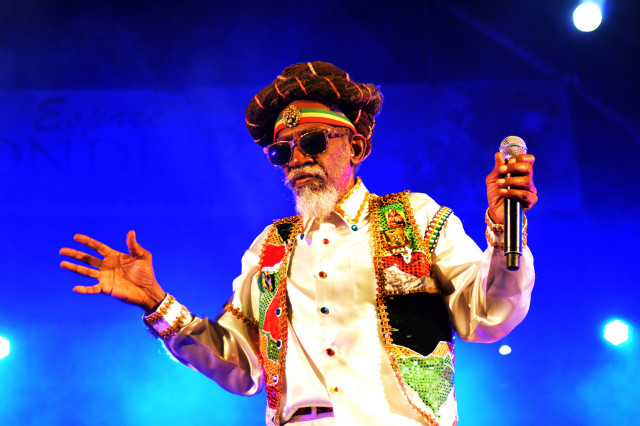 Widely regarded as a musical legend and considered one of the longtime standard bearers of reggae music, Bunny Wailer, the last living original Wailer, will be touring the U.S. in April and May, from the Pacific to the Atlantic on a 19 day tour known as ‘The Blackheart Man Tour’.

Fans of classic reggae will want to see the living legend that is Bunny Wailer live. He has a smooth laid back vocal style along with a stream of social conscience lyrics that’ll have you grooving and pondering at the same time. His first solo album was the reggae classic “Blackheart Man” which was an outlet for his love of the Rastafarian religion which he is a devoted believer of. Bunny Wailer played most of the instruments, wrote and produced the tracks that dealt with themes of social injustice, faith, spirituality, and love. He followed that album a year later with another successful album “Protest” which featured new material and covers of older songs such as “Johnny Too Bad” and “Stand Up.”

Over the years, Wailer has become a very prolific songwriter and performer who has released well over thirty records and has won three Grammy Awards for “Best Reggae Album” in 1991 (Time Will Tell: A Tribute to Bob Marley), 1995 (Crucial! Roots Classics) and 1997 (Hall of Fame: A Tribute to Bob Marley’s 50th Anniversary) and was nominated on two other occasions.”

More Stories
Another Armed Carjacking Last Night“It was very upsetting to be taken hostage by metro, with no questions asked.”