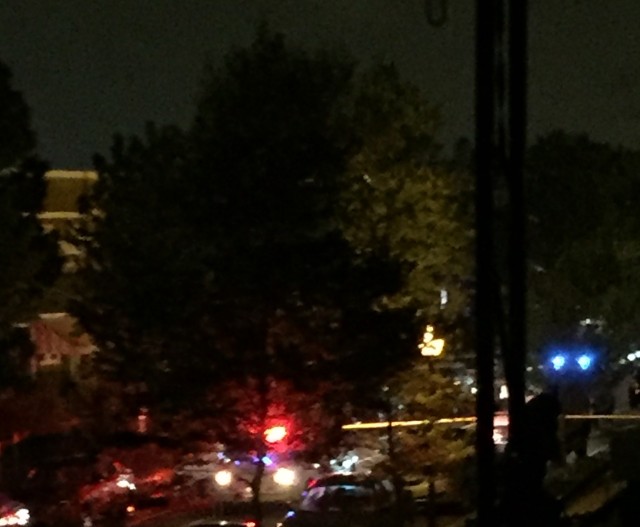 “On Wednesday, April 27, 2016 at approximately 1142 pm a man responded to the 300 block of U street NE to complete a sales transaction for a pair of shoe that were purchased over the internet. When the man arrived he was approached by the purchaser and two additional individuals. The suspects robbed the man and as he fled to his car the suspects shot at the man striking him in the leg. Fifth District Officers responded to the scene and conducted an initial investigation which lead to the recovery of one semi-automatic hand gun.”

“In addition to the incident of gun shots that occurred about 12:50 am on April 26, 2016, there were multiple gun shots heard last night and police activity seen, again, in the 1900-2000 block of 3rd St. NE. While there appeared to be an investigation two days ago conducted in the alley behind 3rd Street, last night the police taped off an area directly on 3rd Street near U Street.

These two incidents follow two other gun violence that occurred within close proximity– on December 27, 2015, multiple gun shots in the same alley behind 3rd Street, this time closer to the 200-300 bk of V Street resulted in at least one person transported to the hospital and within one bk to this incident, on Easter weekend, multiple gun shots on 2nd Street injured another person.”

“SHOT and ROBBED OF SHOES AND $$ by 3 MEN w/GUNS. Crime scene and gun found at 3rd and U Sts NE-DC. Victim at Fl and NY Aves NE. NLT injury.”