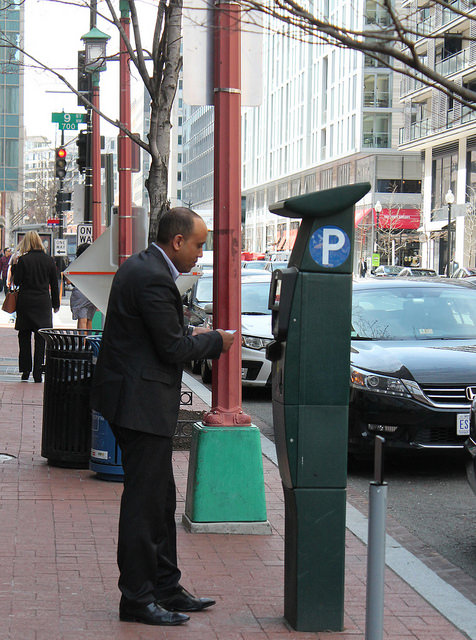 There is metered parking outside my office (corner of 10th and G Streets, NW). It also falls in the variable rate parking zone that the city is experimenting with.

Two of the spaces (parkmobile zone 22651, spaces 0616 and 0617) are frequently given tickets (as in over 10 per day) and appear to be targeted by the parking enforcement employees.

The spaces have dual-zones: 2 hour parking and commercial zone parking within a subset of time. Difficult to quickly read the signs.

Just want to try to rectify it so folks don’t have their days ruined by getting a ticket!”