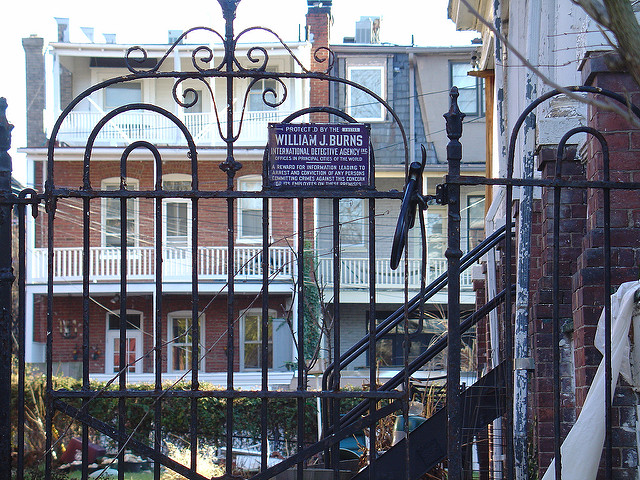 On Sunday March 6th around 10:30am in Mt Pleasant I witnessed the most horrifying incident of all my years living in DC. At the intersection of Mt Pleasant and Park Streets a young kid (looked to be high school age, maybe slightly older) was walking/stomping along the sidewalk, yelling and swearing at the top of his lungs (b****, motherf*****, n*****, etc), and he was completely naked except for socks.

At first I thought that a friend had played a prank on him by stealing his clothes. After a few seconds I noticed the anger in his voice and realized that he was not yelling at anyone in particular. It then became obvious that he had either had a psychotic break or was high on something (or both). He continued walking up Mount Pleasant Street and yelling at the top of his lungs until he stopped in front of the Argyle convenient store and began banging his fists and arms on the side of a parked car. He was banging on this car so hard I thought he might break through the glass. The car was shaking from the impact. At that point people started noticing that something wasn’t right and many of us bystanders called 911. When he was done with the car he continued over to the intersection of Mount Pleasant and Park, and he laid down on his back in the middle of the street. He was rolling around on his back, still yelling, and began to take off his socks. Some compassionate woman who was standing nearby seemed worried about him being hit by a car, so she walked into the middle of the road just a few feet away from him to make sure traffic stopped. It was so brave of her. The most horrifying part came a few minutes later, when the kid stood up and lunged at the woman, grabbing a handful of her hair and pulling on her head. After she had tried to help him! Luckily another older man who seemed very strong from where I was standing jumped in to help the woman. He had a hold of her head for a good minute. The older man finally got the kid off of the woman and started to struggle with him. Finally the older man was able to pull the kids’ hands behind his back and forced him down to the ground, and I believe kept him there until the police finally arrived.

I’ve been refreshing PoPville and stalking the internet in general all day to see if anyone else wrote in about this incident. I can’t stop thinking about it. It was all so incredibly disturbing, sad, scary, and frustrating. This kid must have been high on something (bath salts? Synthetic weed?) The only somewhat relieving part of him being naked was that he obviously didn’t have any type of weapon on him. Still, he was an absolute danger to himself and others just by sheer strength and craze, or if he had grabbed something as innocuous as a rock or a stick. We don’t, or at least I don’t, think of being at risk of harm in broad daylight while I’m running errands on a Sunday in my neighborhood. It is scary to know that more and more we’re vulnerable at any time of the day. I feel so sad for the woman who was assaulted by this kid after she was trying to be a good citizen. I am also extremely frustrated that the police did not arrive for at least 10 minutes. By the time I called 911 the dispatcher told me that they had already received several calls and police were on their way. It took 10 minutes for them to arrive. I would say that on any given day in Mount Pleasant there’s about a 90% chance of seeing a police car parked across the street from Don Juan’s or in front of 711. But at this moment when we really needed police there, it took 10 minutes.

I’m not sure what the ultimate point of this message is, but it feels good to write out these thoughts. Also, I wanted to express how compassionate and brave that woman is and also how brave the man who helped her and wrangled the young kid is. Thanks.”