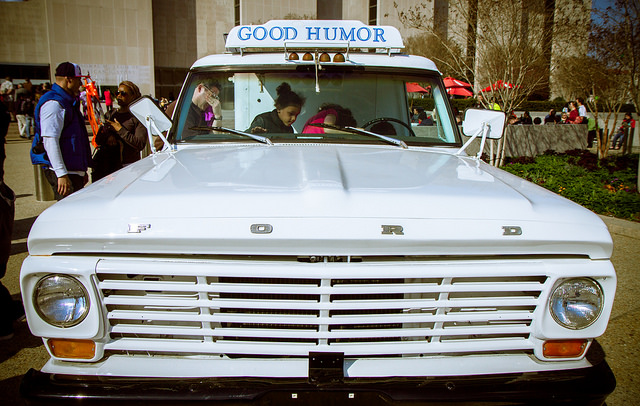 On Saturday night I saw something at the third Metropolitan Police Department headquarters that made me and my girlfriend very uneasy. As we waited for the bus stop at 17th and U I could see a couple waiting outside the parking structure that connects to the police department. After a minute or two a police SUV rolled out of the structure and the couple, both of them, jumped into the front passenger seat of the police car. The man did not put on his seat belt and the woman just jumped up on his lap, and they drove off down the street towards 18th. I called the Third District office immediately and told them exactly what happened. I also noted to the receptionist that I didn’t expect anything to come of this even if the person was apprehended or caught red handed because of the fact it was one of their own, and a “minor” offense. I just needed them to know that a concerned citizen had become more concerned about his neighborhood and those who are supposed to protect it after this childish (and illegal) action taken by one of our city’s “finest”.

Cops should be much more reticent to abuse power, especially in uniform or police vehicle, in the age of cell phone cameras. I took a few pictures of the incident. I do not wish to connect with the police to share these pictures nor do I wish to share my name here for I know the unintended actions that might come from a whistleblower event or “unnecessary agitation” such as this.

Obviously I have seen mentions of the “Props to the Cops” on your blog before but this singular incident and I’m sure many others like it are the exact reasons that I and others lose confidence in the police system. Your blog should also be seen by myself and others as a way to keep cops and the system accountable as well.”