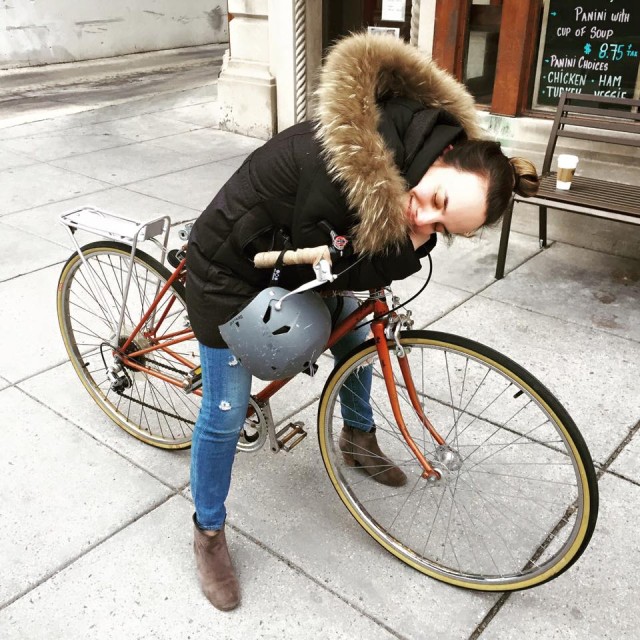 On Saturday, February 27th, I had an appointment in Dupont Circle in the building right at the south exit of the Dupont metro station. I locked my bike up around 3:30pm and came back about 90 minutes later to see that it was gone. Although not a huge monetary loss (the bike was purchased for $75 on Craigslist three years prior), I certainly loved it, felt connected to it, and was very sad that it was suddenly gone.

Cut to today (Sunday, March 20th), my boyfriend and I are taking an early evening stroll around the Dupont Circle neighborhood, walking a circuitous way without a specific destination in mind. We were walking on Corcoran between New Hampshire and 19th Street when a carriage house in the alley caught our eye, so we went to check it out. As we continued to wander the alley, I saw a bright orange bike leaning — unlocked — against a garage door and I remarked to my boyfriend that it looked like my stolen one. And it was! Oddly, the seat was gone, but it was still in good shape and will be back to riding condition in no time.

As you can see, it was emotional.”