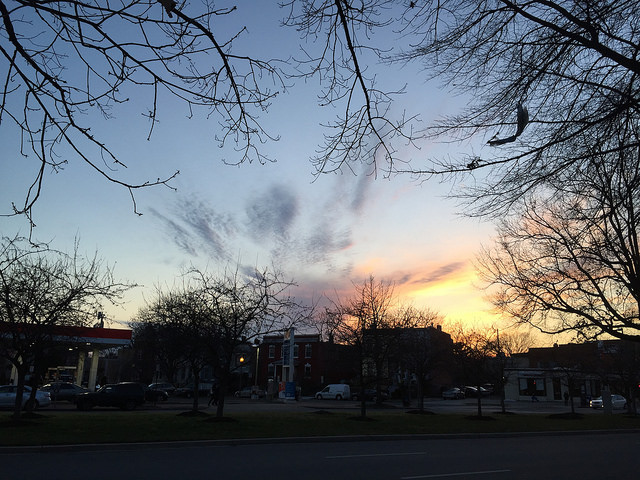 I went to the police station with a friend to make a report of the incident, but the cop unfortunately told me based on the story I’ve provided it was not sufficient (so my friend asked: what is “enough” to make a report?). Another friend of mine was disappointed with the lack of response from the cop and suggested that I reach out to spread awareness.

On Friday late evening/early Saturday morning at 3am, I was followed by a guy about 5’4″, 30-ish, Hispanic, from the intersection of Mt. Pleasant & 15th towards Harvard & 14th. At first, the guy followed by bike as I was heading down towards the direction of Irving. He tried engaging in conversation, but I ignored him as I kept walking. At one moment, the guy disappeared (between Irving & Columbia along 15th street) and occasionally I looked over my shoulder to make sure he wasn’t there. That’s when I took out my keys, along with my mace, so I didn’t have to dig for them while standing at my door.

As I approached 15th & Harvard, that’s when I noticed a shadow following unusually close behind me. Instinctively I picked up pace and so did the person. It was the same guy on the bike! This time following by foot! About halfway walking down Harvard, I felt his hand pull me from my hip and immediately I turned around and used my mace on him. He ran off in the opposite direction before I could see his face.

This sounds like the same thing that happened back in 2014 to another woman, same location & time-frame. A reward was offered, but I don’t know if it was ever solved or if anyone stepped forward.

I’m honestly so upset that the cop sounded more amused than willing to help or make an effort to reassure some action will be made. Instead, I received a lecture that using my mace could have gotten me in trouble. At least I tried instead of keeping my mouth shut about this.

I truly wished I could enjoy new establishments within pockets of neighborhoods, but this just ruins the mood thinking I’ll someday won’t make it safely walking less than 10 minutes going home.

Until then, I’ll continue to carry my mace.

Thank you for making the time & effort reading this. Thought people should know & be aware.”