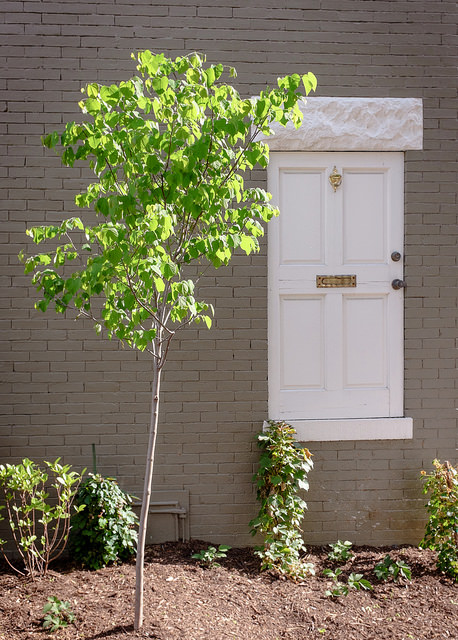 “On Thursday night Mayor Bowser hosted a community meeting at New Cannon Baptist Church in Ward 5 to discuss her plan to end homelessness in all 8 wards. The community was told that the city intends to build a homeless shelter at 2622 25th Place NE in the neighborhood of Langdon. Many residents attended the event and expressed their strong opposition to the proposed location, citing concerns for both for the homeless families and the additional impact on the community which has numerous homeless shelters already.

Statement from Rhys Gerholdt (a Langdon resident near the proposed location):

“Building yet another shelter in Langdon would be bad for the homeless families, bad for residents and a very bad move by Mayor Bowser.”

“My neighbors and I applaud the Mayor’s initiative to tackle homelessness and have all wards step up to the plate to help. But we are shocked and appalled about site she is suggesting in Langdon.

“Constructing a homeless shelter at 2622 25th Place NE flies in the face of common-sense. If you were to dream up the worst location to put families with young children this would be it.

“The shelter would be in an industrial wasteland and a stone’s throw of bustling night clubs and a strip club and far from a single grocery store. It would also be just a few blocks from three facilities used as homeless shelters already, including the Days Inn, Quality Inn and a men’s shelter on Adams Place NE.

“In 2010 then Council Member Muriel Bowser (D-Ward 4) asked ‘How could a government agency ask people in a two-block radius to support three homeless shelters?’ I agree with sentiment – that many shelters in one place would be ludicrous. So why are you now asking us to do the same in Langdon, Mayor Bowser? There are twenty neighborhoods in Ward 5 to choose from. Why on earth would you build another shelter in Langdon which is saturated with them already?

“Langdon residents are not pushing back against this location because we have a “Not In Our Back Yard” mentality – we’re pushing back because we already have homeless shelters at our doorsteps.

“I’m deeply alarmed that the process for selecting site locations as been hidden from public view. From what I understand, the government had developers sign non-disclosure agreements to keep the whole plan under wraps. And now when residents are finally informed about where the shelter could be built, at the community meeting the mayor indicated to me that she isn’t open to alternative locations, this site is a done deal and we are all wasting our breathe fighting it.

“I have been supportive of Mayor Bowser in the past, but her stonewalling today makes me wonder if she is working for us or against us.”