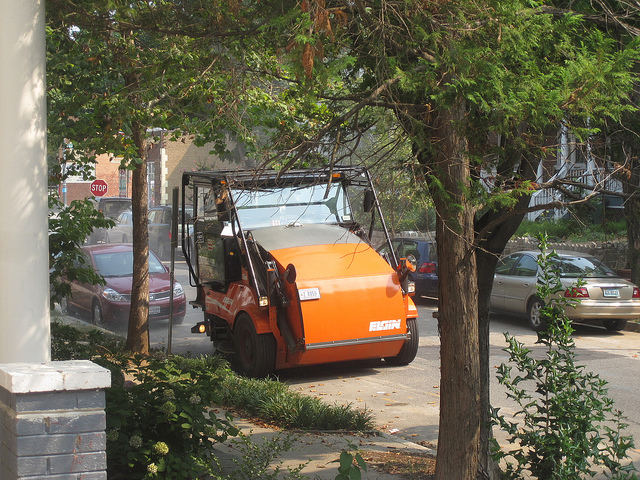 The Department of Public Works announced today that residential mechanical street sweeping will resume Tuesday, March 1. Signs are posted that identify the days of the week and hours of the day when parking restrictions will be enforced so the sweepers can clean the streets effectively. The fine for violating this restriction is $45.

“This program is critical to keeping the District clean,” said Acting DPW Director Christopher J. Shorter. “During the 2015 sweeping program, we achieved a 28% increase in the tonnage of litter and debris collected by touching nearly every District street at least once per month between March and October. Many of these streets had never received a sweeper cleaning. Additionally, we created a pilot deployment for the first shift to clean major inbound/outbound arteries before the start of the morning residential routes.

To help accustom motorists to the restrictions, DPW will issue warnings between Tuesday, March 1 and Friday, March 4, 2016 to vehicles parked during the sweeping periods. “We want to thank motorists in advance for keeping the curb lanes clear so the sweepers can clean the streets. Their cooperation is what makes the program successful,” said Director Shorter.

He added that a supervisor follows behind the sweeper and may require the block to be swept again, so motorists shouldn’t park until the end of the posted two-hour sweeping period. He also noted that parked cars may be towed to allow the sweepers access to the curbside. Generally, parking is prohibited for two hours (9:30 am to 11:30 am or 12:30 pm to 2:30 pm) while sweeping is underway, but where parking is allowed on only one side of the street, vehicles will be allowed to park on one side and the following day they may park on the other side.

Signs posted along street sweeping routes indicate the program runs from March 1 through October 31, but this will be the first year the long-range forecast will allow a March 1 start date. The sweeper emits a fine spray of water to help control dust so DPW does not operate the sweepers when the temperature is below freezing or snow or ice already are on the ground.

In FY 2015, DPW street sweepers covered about 26,000 miles of streets, removing litter and pollutants by brushing them onto a conveyor system, which transports the material into a debris hopper. In addition to sweeping residential streets during spring, summer and fall, DPW also sweeps commercial streets overnight year-round (weather permitting), and parking restrictions also apply.”