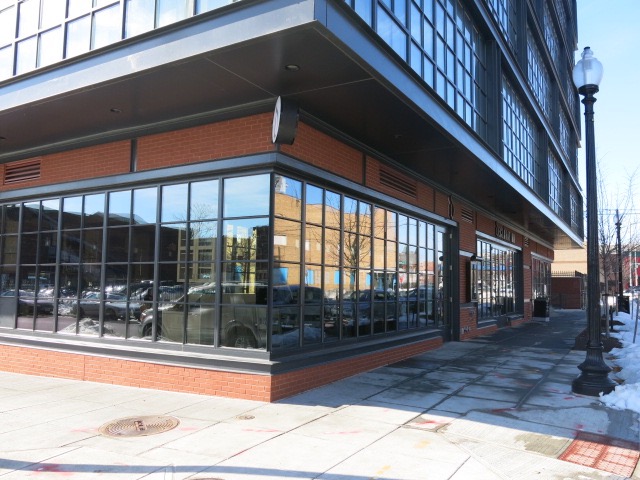 PRG Hospitality is the first-ever restaurant group in the National’s Capital to center its concepts on past American President’s. Its first presidential restaurant, LINCOLN Restaurant, pays tribute to Abraham Lincoln and opened in April of 2011. A contemporary twist to Abraham Lincoln’s legacy was thoroughly incorporated throughout LINCOLN Restaurant’s design elements and culinary creations. From the penny floor to the gingerbread whoopie pies, LINCOLN is committed to its presidential theme. In summer of 2013, PRG Hospitality opened its second presidential restaurant concept: Teddy & The Bully Bar paying homage to 26th President Theodore Roosevelt. PRG”s mission is to bring DC restaurant concepts that embrace and enjoy history through dining and nightlife.

DECLARATION will be a 52 seat, pizza-centric restaurant featuring an Marra Forni brick hearth oven, thoughtful, farm to table cuisine with a location in the emerging neighborhood of Shaw at 804 V Street, NW. PRG Corporate Executive Chef Demetrio A. Zavala will be at the helm of the restaurant and looks to create some memorable cuisine in the North Shaw neighborhood. In addition to traditional Neapolitan style pizza, there will be 13 pizzas on the menu representing the 13 colonies when the Declaration of Independence was signed. Serendipitously, the restaurant is 1776 square feet – 1776 was the year the Declaration of Independence was signed. A distinctive hand crafted cocktail bar (designed by Bar Chef/Mixologist John Hogan), select draft beer and a specially selected wine list will be offered. Declaration will also have 12-18 outdoor seats for seasonal, street side dining.

A peek in the window: 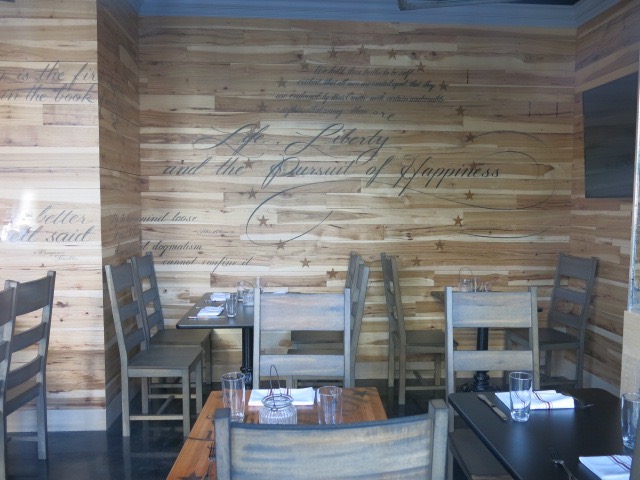 Longtime DC Restauranteur and PRG Co-Founder Alan Popovsky says, “While we won’t go complete kitschy, we will make some fun associations to this momentous historical event in all aspects of food, service and the overall design.” Local artists Matt McMullen and Howard Connelly have collaborated on the design resulting in some very special visual elements.” The restaurant also features a centerpiece bronze chandelier that hung in the Maryland State House in Annapolis for over 25 years.

PRG Hospitality, co-founded in 2010 by distinguished Washington Businessman Melvyn J. Estrin, who passed away in July 2014, and longtime local restaurateur Alan G. Popovsky, will continue bringing to the Nation’s Capital venues centered around historical figures and events– blending our everyday lives with history. The group is excited to continue to expand its presidential restaurant concept in the district and is expected to bring its brand beyond Washington, DC; PRG is considering other east coast cities like Philadelphia and Baltimore to establish their brand of hospitality.

With LINCOLN and TEDDY flourishing in two different business districts of our great city, the opportunity to make an impact in an emerging neighborhood like North Shaw with DECLARATION is exciting.”