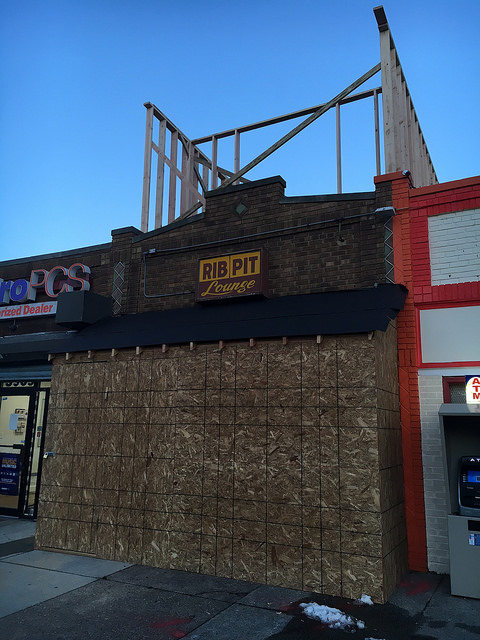 Since there were some recent questions on the progress of Jackie Greenbaum’s new venture on 14th St., Little Cocos, I thought I’d send along this picture from this afternoon. Looks like they’re building a roof deck (which looks similar to El Chuchos’).”

Back in January we learned that Jackie’s was closing at the end of March:

The closure is intended to coincide with the opening of Greenbaum’s new Italian restaurant, Little Coco’s, due to open in Petworth DC in the spring. Chef Adam Harvey will be the Executive Chef of the new restaurant, which will serve modern Italian cuisine ranging from creative pizzas to regional dishes. Most of the kitchen and service staff from Jackie’s will relocate to Little Coco’s. “We’re passing the torch from Jackie’s to Little Coco’s,” said Greenbaum, “and bringing the creativity we were known for at Jackie’s to Italian cuisine.”

As for the planned roof deck: “It’ll be a three season roof deck just like they have at El Chucho.”