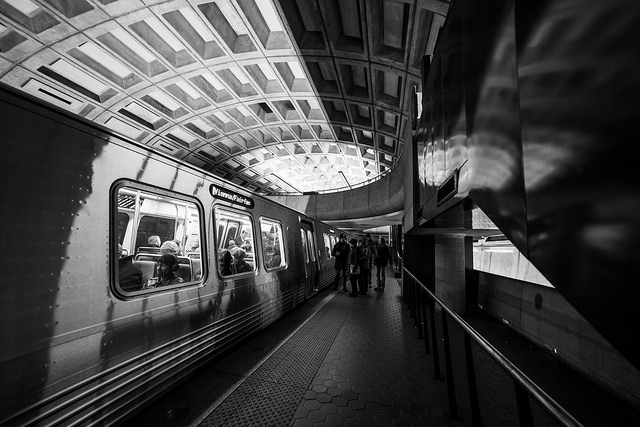 “Metro Transit Police today arrested two juveniles, one male and one female, on felony charges stemming from a February 5 assault of another juvenile aboard a Green Line train.

According to the complaint, the two respondents were traveling with a group of other juveniles when they surrounded the victim. The two respondents, who were known to the victim, began punching and kicking her as the train traveled between Gallery Place and Shaw-Howard stations. At Shaw-Howard, the victim exited the train where she was met by responding Transit Police officers, offered medical assistance, and transported to a local hospital for treatment.

The two respondents, both 15 years old, were taken into police custody today following the issuance yesterday of a juvenile custody order by D.C. Superior Court. Their names are being withheld due to their age.”

It seems like every week I’m getting one (or more) reports of some sort of assault on metro. But I’ve personally never witnessed anything like this. I know in previous discussions folks have mentioned problems at Gallery Place Chinatown when schools let out. So I want to put a poll up today to get better understanding of the reality. In reality – do you feel safe on metro (not from metro muck ups but from other passengers…)? Have you been threatened or seen someone else threatened or harassed aboard metro? Let’s include buses and trains.