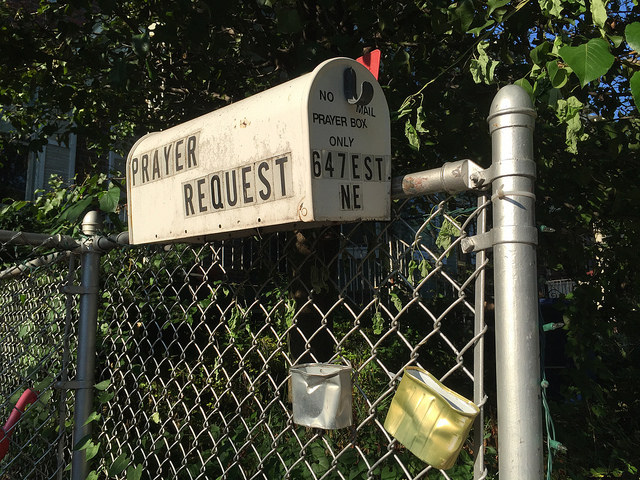 [TL;DR: This post office is a mess. Between refusing to not allow us to sign for deliveries, taking weeks to redeliver packages that are signed for, packages that are said to have been delivered but never arrive, and fighting endlessly against insurance claims for those packages, we are extremely frustrated with this post office. It is where all packages in DC deliver from, so dealing with other offices will only result in being directed back to Brentwood. I am seriously considering public, collected action of customers. We can’t be the only people experiencing these issues, judging from the Google reviews for this post office and the remarks made by the national customer service representatives.]

Since moving to DC, my girlfriend and I have had more issues with USPS than we can recall or count, so you will have to excuse me if some of my details are limited or if I do not recall all of them entirely. I can, however, look back at my insurance claims and see how many have been filed. All but one have been awarded, and that is one I am currently fighting to get awarded. My USPS claim page suggests I have filed nine insurance claims since moving to DC. These are only packages that I paid to have mailed to me using my account; packages I have reported as undelivered that were paid for by the sender account for maybe twice as many. I am in the second appeals on the most expensive claim, which ironically is an office in DC. I have called once a day for a week and, despite the voicemail saying they will respond within 24 hours, I have never heard back. This is a similar issue I have with the Brentwood post office entirely (the consumer advocate office is in the same building but a different office, and even they don’t communicate with eachother).

My girlfriend and I make commissioned pieces that we sell online, which brings in some extra money. We order a lot of small items, from everywhere from Asia to Amazon, and ship to customers mostly in the US. We are aware that we could buy a PO box, but that would require going to the post office and fighting with their package pickup personnel every day. As an example, today’s experience with them took an hour, and they didn’t even have the package, so it was shorter than usual. We could also pay a service to hold our packages, but as some of the materials we purchase cost very little, it would make our purchases cost multitudes more to simply assure they aren’t tampered with. Regardless, few of our issues have been with theft from individuals. We have been told that items are left at “our backdoor,” which we don’t have, and the implication from some employees is that another employee decided to take it.

Several of the claims I was awarded were for packages that simply weren’t delivered, and not all of them are in my claim history, so there are probably twice that number that simply never showed. Tracking says they were delivered, but someone was home that day, no package was delivered, and our carrier had not remembered dropping it off. This leads to the most common issue we find: carriers will leave a pink slip saying that no one was home and we need to go to the post office to pick up the package or sign the slip for redelivery. Someone is home, there is no knock at the door, and as far as others in our neighborhood claim, the carrier signs the slip before even getting to our door, sticks it to the door without knocking, and leaves because they don’t want to wait on us to answer, leaving us responsible for picking it. This would be fine if, as I noted, the held packages issue weren’t so obnoxious, and if it were a reliable answer to the issue. It isn’t. Frequently, when we have went to pick up the package, we were told that it wasn’t at the post office, either having been taken out for redelivery (which means we wouldn’t be there to sign for it) or was mailed back to the sender. Instead, we usually sign for redelivery, in the event a slip is left, as sometimes it isn’t and we have no idea what happened to the package. In several instances, when we sign for redelivery, the package isn’t delivered for a week or more, sometimes not at all.

Trying to contact someone at the Brentwood office is extremely frustrating. At current count, I have 14 phone numbers for the Brentwood building. Several have never been answered, many are disconnected, and the ones that do get an answer try to tell me I need to speak to someone else, which is almost always a number that does not get an answer or a returned call after a voicemail. I have definitely spent more time on the phone trying to contact someone at that office, or with the national customer service line, than I have spent with all of my friends and family combined in the last year. Once, I spent a week going through the levels of the national customer service, finally reaching the highest level, where I was told “there is nothing more we can do until someone at that office returns our calls.” They never did.

Skipping general anecdotes, I will explain the current issues we are dealing with. A friend shipped us a Christmas gift, and he told us that tracking said it “could not be delivered.” There was no redelivery notice left. Based on previous issues, and knowing we needed to get the package, we went to pick it up, as we are instructed to do. We’ll start with parking. I had to drive through the parking lot, a one way loop back onto the street, four times before I could get a spot. People were camping out with their flashers on at random in the parking lot, hoping to muscle their way in front of others waiting their turn. It was basically an obstacle course. This is an indicator of how messy this office is, and how frequent issues arise. Inside, we were told it would be at the pickup door, which anyone who picks up packages in DC will be familiar with. The man at the counter requested that we use the self-service kiosk to perform an inquiry on the whereabouts of the package and print out a slip, to prove that it even had arrived back at the post office, before he would help. We got in line, and there was a man in front of me. He was told to please wait while they got someone higher up to talk to him about whatever his concern was.

This is typical; waiting for information at the pickup area is often a cycle of various employees coming to speak to you, telling each other them the same information, and each putting responsibility on someone after them. At least one woman walked in and out of this door, apparently an employee who was just visiting to chat, but not wearing her ID. They even said aloud “I know I’m not supposed to let you in here without your ID…” Even the stranger in line ahead of us exchanged a look. When it was finally our turn, several people had to check two or three times in the back to try and find it, and came up empty handed. Even though the email the sender had gotten said the package had been returned to the post office, it wasn’t there — it had gone out for redelivery. The wait was around an hour, which isn’t unusual, and they tried to tell us that a slip was left. We were given a phone number and told, if it wasn’t out for delivery, to call it. I have this number already, and it is one of the numbers that is never answered. I headed home, and it did eventually show up about an hour and a half, 2 hours later.

The second issue is more expensive of an error. We had a package mailed to us that I paid for and sent a label to the sender to use. The package was around $125 in value, and as usual, I got insurance for the amount. It never arrived, and I was told by the post office to give it two weeks; if it didn’t show, it would be returned to the sender. It wasn’t, and that was a month ago. My claim has been denied several times, and I am at the point of dealing with the consumer advocate, who will not return my calls. The second appeal has to be done via mail, and I think it’s a bit clear why I am reluctant to rely on that. USPS simply stands by the fact that tracking shows “delivered,” whether it was or not.”