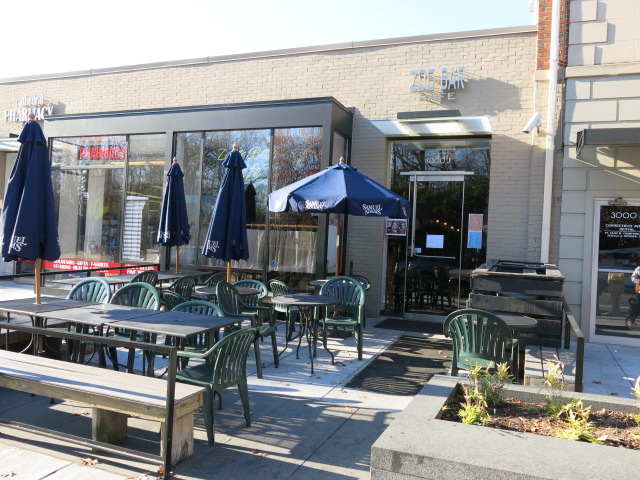 3000 Connecticut Ave, NW right across the street from the Zoo

“I’m a long-time regular of Zoo Bar in Woodley Park in DC. I heard from someone who works there that it’s closing (at least for now as Zoo Bar). Apparently, someone (don’t know who) bought it. Of course, as you know, Steve McKinney passed away in August. His daughter Lindsay was running the bar.”

On the Cleveland Park listserv another resident wrote:

“The Zoo Bar, a longtime local cafe, and music venue, at 3000 Connecticut, has shut its doors for good last Saturday. According to the information I have been given, the place has been sold and the new owners have not decided when, or if, they will re-open. This is a real loss for the neighborhood and for the Blues community.”

Updates when more info is known.

Read more →
More Stories
What Happens When “Around 10:30 a.m. a citizen transported a hand grenade they had in their possession to the 4th District Police station for disposal”Props to Ben’s Next Door – “It was a little comfort when we needed it most”