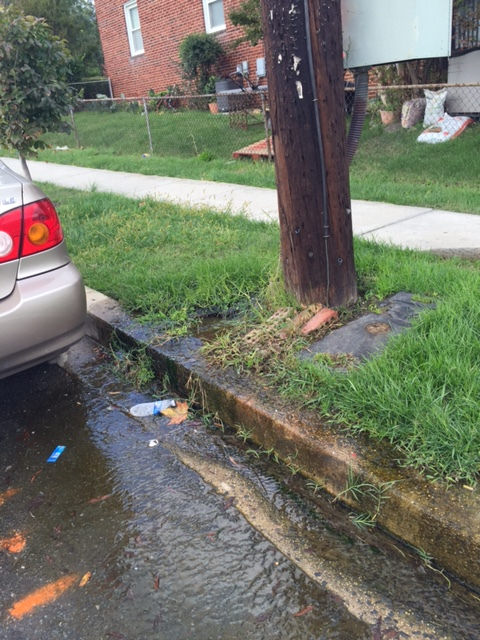 We tweeted DC water over a week ago about water bubbling near a pole in our neighborhood. They responded to a tweet and apparently sent a team. That team couldn’t “find” the pole after 3 tweets with an approximate address. Then we saw someone sent a 311 form. 2 weeks later that pole is still pushing out water. I can’t believe a pole pushing out water is good. Anyone have experience with DC Water that is actually positive!!!

Ed. Note: I’ve had positive experiences with DC Water but will make sure they see this again.

“Our crew went out there. It’s coming from a manhole and not coming from the pole. So we evaluate repairs based on four factors: Property Damage, Number of Residents Affected, Public Safety and Large Shut off/Small Leak.

If the leak is not causing property damage, impacting public safety nor causing a loss of service to residents, it’s considered a low priority. Unfortunately, in this particular situation we have not been able to get to the leak because new leaks pop up several times a day that will jump the line. The median age of our water pipes is 79 years old which means it’s really old. We are aware of the leak. It is job #15-378336 and we will repair it as soon as we can.”