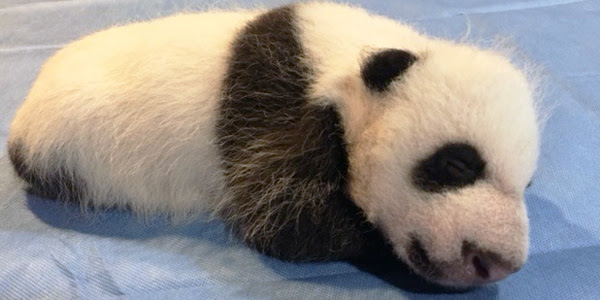 “Keepers had a chance to weigh Bei Bei on Monday, Sept. 28, when Mei Xiang left her den to eat. He now weighs 1,850 grams, or 4 lbs! Mei Xiang is spending more time out of the den, and has even been sleeping in her enclosure for short periods of time as long as Bei Bei is content. One of their recent snoozing sessions was briefly interrupted by a rather surprising sneeze.

The David M. Rubenstein Family Giant Panda Habitat has been closed to the public since Aug. 20, and will remain closed until further notice to provide quiet. As we mentioned in our last update, Bei Bei will go on exhibit for the first time in early 2016.”