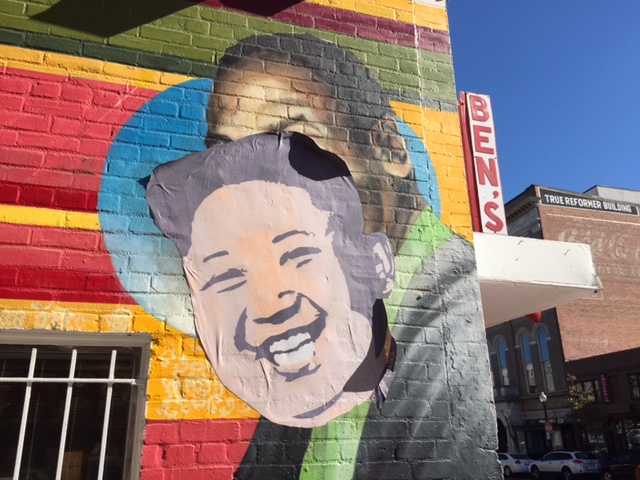 Folks have been noting their displeasure with the Cosby mural since at least 2014. In July of this year I said It’s Time For Ben’s Chili Bowl To Do The Right Thing – Take Down the Bill Cosby Mural. 83% of respondents agreed. In August we noted the Kim Jong Un posters were appearing all over town and in September they were kicked up a notch. Though NBC Washington now reports the Cosby mural has been restored:

“Shortly before 5 p.m. Monday, Kevin Irvine, who said he was friends with the mural artist went to the scene and removed the label of Kim’s face, restoring the mural to display Cosby again, News4’s Shomari Stone reported.”

Ed. Note: I don’t support defacing murals. It’s sad that Ben’s doesn’t, apparently, understand the insensitivity of leaving this portrait up. However, in my opinion it’s never OK to deface murals. There are other ways to encourage change that would be more fair to the original artist.

Also, there’s been some confusion about the Ben’s mural on U Street. Let me clear that up. It was completed in September 2012. In addition to Cosby there are portraits of Barack Obama, Donnie Simpson and Chuck Brown.