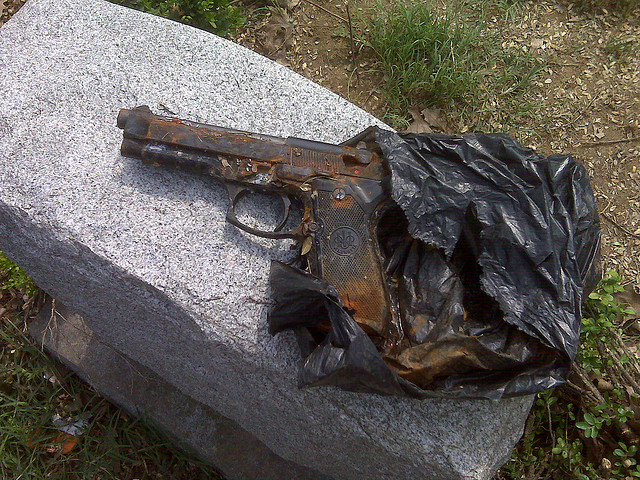 gun found in Petworth back in 2008

After this morning’s report of three guns found in a grill – a reader reports:

“my neighbor found one in hers in noma about a month ago. cops were very proud they “recovered” it. Tweeted it. Um, no, she did and called y’all. I was pushing my 1 yo in a stroller and she called me over to confirm that’s what it was. Then we decided to move out of DC.”