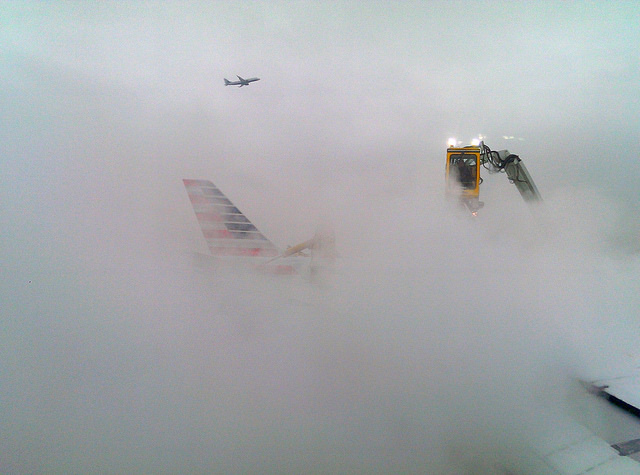 President Obama just took a small but important step for recognizing the history, culture, and human rights of America’s Native Americans when he decided to rename America’s tallest mountain, Mount McKinley in Alaska, to its original name of Denali.

But right-wing extremists in the Republican party, including House Speaker Rep. John Boehner, don’t see it that way. Boehner announced he is “deeply disappointed” in President Obama’s decision.1 But in 1998, John Boehner and his fellow Republicans in Congress weren’t so hesitant to remove a president’s name from a public landmark when they decided to rename Washington National Airport after Ronald Reagan.

That’s why it’s time to see if Speaker Boehner is willing to stay consistent and rename Ronald Reagan airport back to its original name honoring America’s first president, George Washington.

For generations, Alaska’s Native Americans have called it Denali, meaning “the great one,” while its official American name of Mount McKinley has had nothing to do with the mountain or its history – it was named Mount McKinley by an American explorer in the late 19th century, before William McKinley had even been elected President.2

The honoring of this mountain’s original name, and the native people who have inhabited that land for generations, was long overdue. But that hasn’t stopped John Boehner and fellow Republican members of Congress from staging political outrage and fomenting right-wing anger.

That’s why it’s helpful to send them a reminder that, in a brazen political act at that time, Republicans in Congress themselves pushed through legislation renaming an airport already named after America’s first president, George Washington. And unlike President Obama’s decision, which honors the local people and culture surrounding that landmark, the renaming of Washington National airport was met with resistance from local Virginia residents and leaders. It was also strongly opposed by airport workers themselves, given President Reagan’s role in breaking the air traffic controllers’ union and mass firing 11,000 workers.3, 4 Renaming the airport also resulted in significant costs that were left to local government in Virginia to cover.5

Given Speaker Boehner’s current outrage and disappointment at President Obama’s decision to rename Mount McKinley, it’s time to give him the opportunity to make up for his own past mistakes. Sign the petition and tell John Boehner he needs to be consistent when it comes to naming America’s landmarks.