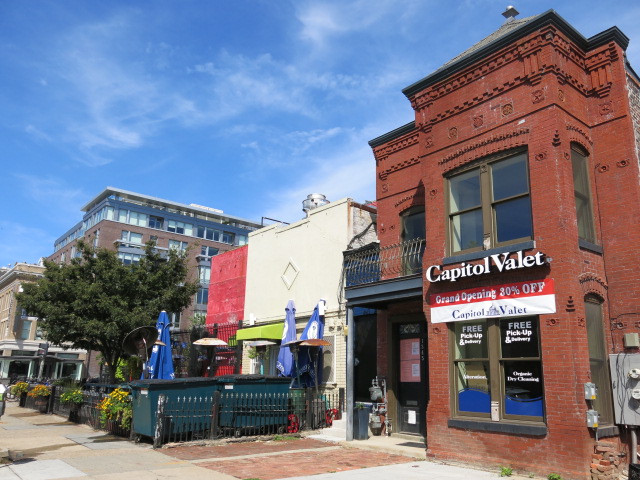 From Jared Jablonka, one of the partners of Left Door:

“We’ve been proactive about engaging with the ANC and the community to ensure they are involved in our planning/process from the beginning. After working with the ANC for the past 3-4+ months, we successfully negotiated a Settlement Agreement that is fair to all parties. The ANC was scheduled to vote to approve the SA at Thursday’s meeting, when we were blindsided by some last-minute, unreasonable demands from SDCA (Shaw-Dupont Citizens Alliance // http://shawdupont.org).

Their demands include restrictions that we believe would most likely put us in direct violation of DC Health Code (i.e. not allowed to remove trash from the premises during normal business hours, etc.). This would put us at a competitive disadvantage and would create an unsanitary and undesirable atmosphere (imagine drinking hand-crafted cocktails while surrounded by piles of trash…). The space is very small (@ 900 SF) so there is no interior trash storage space, a fact that SDCA is well aware of.

We engaged with SDCA a few months ago and received their support for all of the same terms and conditions that the ANC agreed to, but then they went back on their word and added more onerous restrictions at the last minute. We learned about their demands literally 15 minutes before the ANC vote on Thursday.

While we respect everyone’s right to their own opinion, we believe this group is intentionally hijacking the established ANC-ABRA process. They attempt to extract demands that are not financially viable nor legitimate concerns of actual neighbors.

This group comprises a VERY small number of people in the neighborhood and their viewpoints are extremely divergent from the overwhelming majority of neighboring residents. They have demonstrated a pattern of taking unreasonably hostile positions against legitimate business owners in the Shaw-Logan Circle area. Among other things, they tried to impose a liquor license moratorium along 14th Street and U Street in 2013-2014 (a notion which was rejected by roughly 98% of local residents), and they routinely file unwarranted liquor license protests that end up costing small local business owners tens of thousands of dollars in unnecessary legal expenses.

We would like to move forward and sign the SA that we negotiated with the ANC. We do not want to be held hostage by a vocal minority with unreasonable demands. Based on conversations with other business owners in the neighborhood, this seems to be a recurring pattern with this group. We believe SDCA is not negotiating in good faith and is unnecessarily wasting time, money and resources that could be better spent on more worthy pursuits. We would like to start a dialogue with other community members regarding the legitimacy and legal standing of SDCA as it relates to the ABRA liquor license process.

We welcome input from all sides. Thanks.”

Read more →
More Stories
“Is the Mayor directing police officers to gather signatures for a petition?”Photos from PoPville – Aphrodisiacs