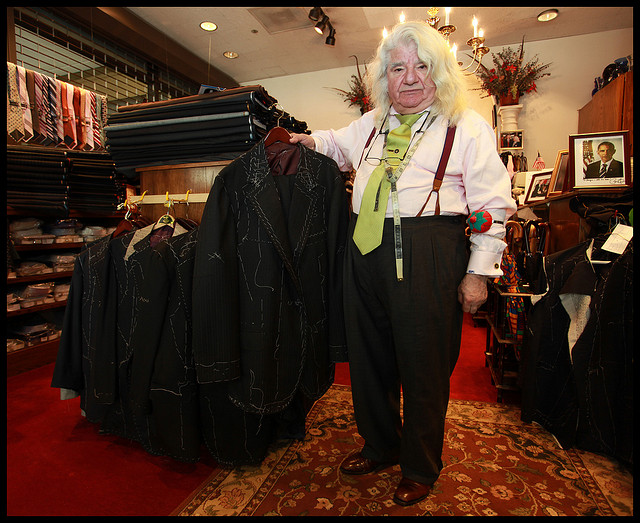 Back in 2009 – Danny Harris did a People’s District post on Georges de Paris. There’s a really interesting obituary in the Post:

“But Mr. de Paris, as he fashioned himself, was neither born Georges nor was he from Paris. He was Georgios Christopoulos of Kalamata, Greece, and he came to the United States about 1960 after a stint in the Greek navy and tailoring apprenticeships in Germany and France.