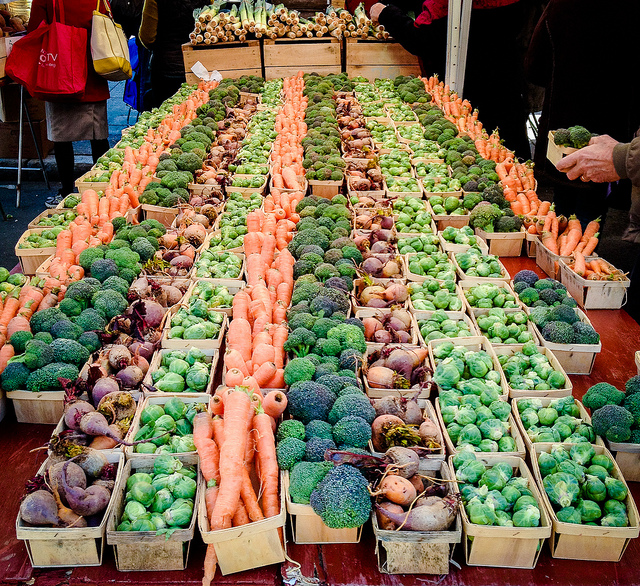 My husband’s first words to me were basically “Where can I find a good local farmer’s market?” to which I responded MARRY ME. That’s how much I like farmer’s markets. I’ve been fortunate that wherever I’ve lived in the District a good farmer’s market has never been more than a short Saturday morning jaunt in warmer months. I was curious if I simply gravitated to places near markets or this was more of a universal DC experience, and how DC compared to other American cities. 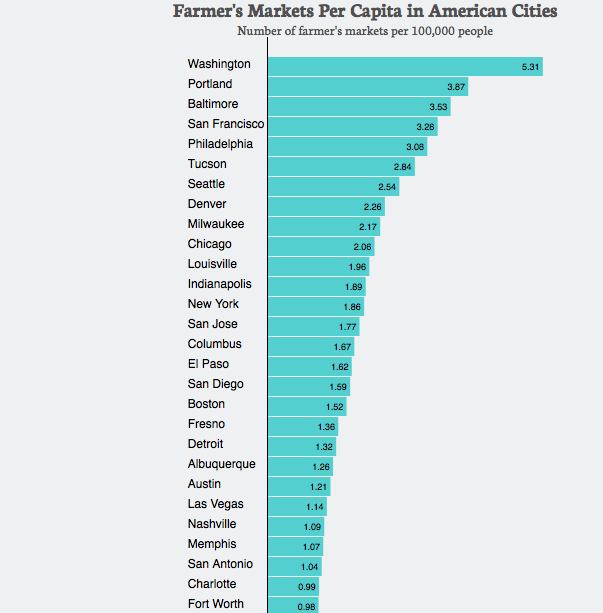 It turns out DC is a farmer’s market paradise. The District has the highest farmer’s markets per capita of large American cities. For every 100,000 people there are just over five. Put another way, there’s a market in DC for every 18,832 people.

Not only is DC on top, but by a considerable margin. The next highest is Portland, Oregon, unsurprising given it’s locavore culture, but it has just under four farmer’s markets per 100,000 people.

What brings DC to the top? It’s a walkable city with an emphasis on smaller, neighborhood markets as opposed to largescale city center ones. The District’s close to farmland with long growing seasons. Federal agencies host their own markets and the well-organized reach of non-profits like FreshFarm Markets help to increase local food accessibility. Of course, having so many farmer’s market per capita does not mean they are accessible to everyone. There is a heavy concentration of farmer’s market west of the Anacostia and southeast of Rock Creek Park but outside of those areas markets are rarer and there are in fact none in ward seven.