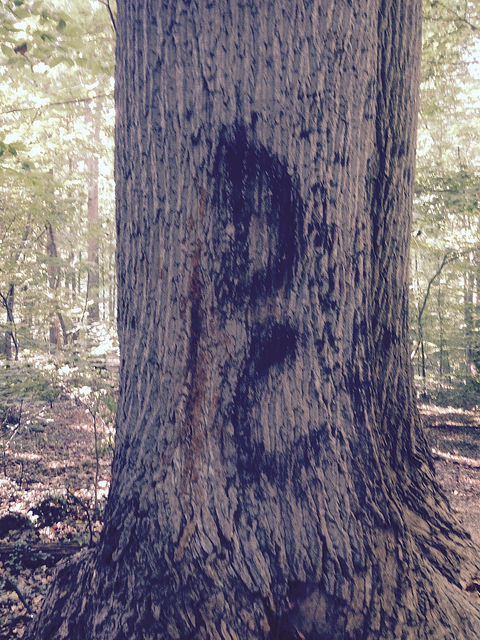 After a long hiatus, I walked the trail off 17th St NW in Mt Pleasant by Rock Creek Parkway. I’m not sure what the park is called, but it’s a very well used area by joggers and dog owners in Mt Pleasant.

Over the weekend, I noticed that about a dozen trees or more have been tagged with graffiti and also maybe mutilated by knives. It was very disheartening to see a beautiful wooded area damaged by a bunch of punks. There have always been some sketchy elements hanging out there, but there was never any graffiti before. I went back a day or two later to walk my roommate’s dog, and I noticed that there was new graffiti as well – mostly new graffiti over the old ones.

I reported the graffiti using the DC 311 app. I have spoken with other users of the trail, so I know I’m not the only person who reported this. I believe the graffiti has been up for a few weeks.

I know there’s a crime wave in the city, and it makes me feel unsafe to walk this park. I think that the graffiti should be removed immediately and I’m hoping that the place is monitored by police.”

Ed. Note: I don’t necessarily think graffiti correlates with your safety (though I do think those, especially those who tag trees are jackwagons) but I also spotted this scene under a bridge in Rock Creek on Piney Branch Parkway that could be just kids but left me a little unsettled: 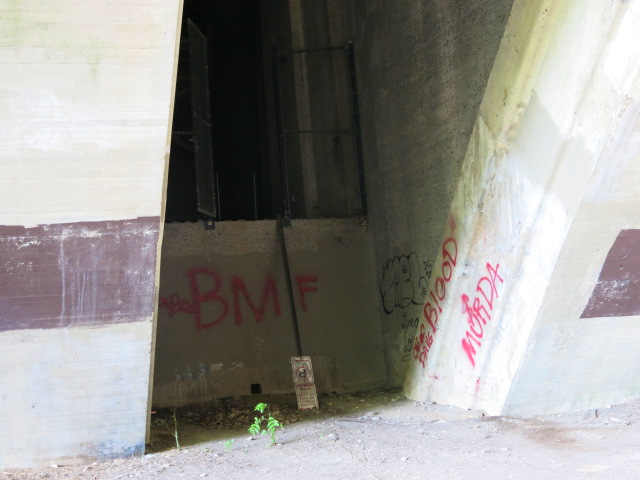