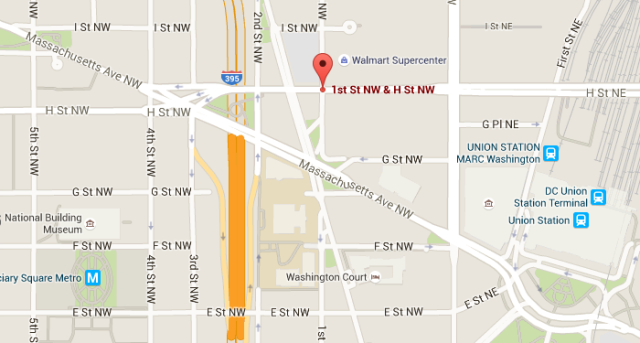 “Detectives from the Metropolitan Police Department’s Major Crash Unit are investigating a traffic fatality which occurred at the intersection of 1st and H Streets, Northwest.

On Saturday, September 19, 2015, at approximately 9:05 am, four pedestrians entered the roadway in a marked crosswalk on H Street, Northwest, where they were struck by a 1998 Crown Victoria which was turning westbound onto H Street, Northwest from Southbound 1St Street, Northwest. The operator of the vehicle remained on the scene. DC Fire and Emergency Medical Services personnel transported all of the victims to local hospitals for treatment where one of the victims succumbed to her injuries and was pronounced dead on Thursday, September 24, 2015.

The decedent has been identified as 62 year-old Janet Hoy of Watertown, Wisconsin.

This crash is currently under investigation.