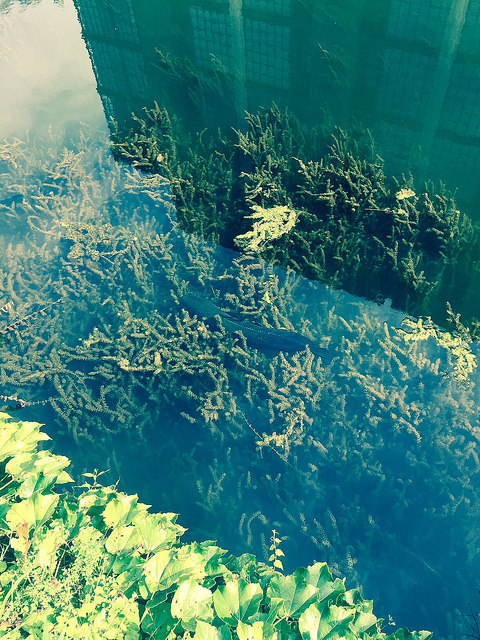 Yesterday I took my first walk along the tow path in Georgetown since moving to DC 8 years ago. I’m not sure why I never visited it sooner, but I was impressed with how clean the water looked and was kind of surprised at all the aquatic life I saw enjoying a warm summer day. But then like a screeching record, I spotted this (see attached pics).

There it was … a snakehead just chilling out. I have heard they’re incredibly invasive and can inflict significant damage in the waters where they live. I’m wondering what PoPville readers know about them. Is the canal infested with them? Can anything be done to get rid of them? Or are they just part of the ecosystem now and not anything to worry about?” 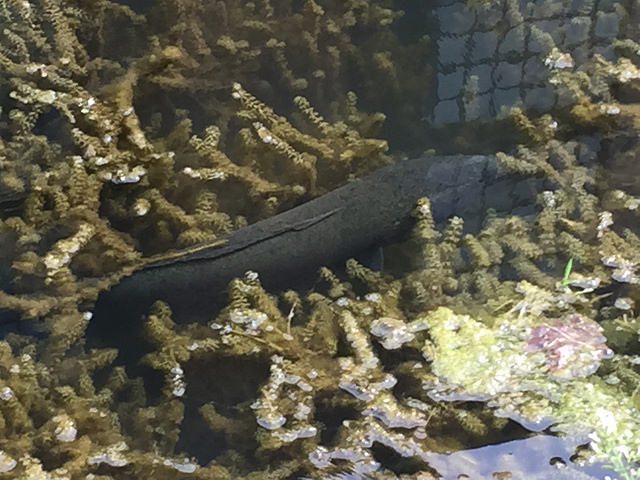 “Aren’t those “Frankenfish” in there?
Yes, there are Northern Snakehead (Channa argus) in the Tidal Potomac River. The Snakehead is a non-native species to this watershed, but so are Largemouth and Smallmouth Bass (introduced in 1854). Snakeheads are a blast to catch. They will take a well presented fly, fight hard, and make great table fare.

If I catch a Snakehead, what should I do?
There is no legal requirement to kill a Snakehead if you catch one. However, it is illegal to possess one alive. The laws require that you either release the fish or kill it on the spot if you are keeping it. While it is not illegal to release a Snakehead if you choose, the VDGIF, MDDNR, and the USFWS are still asking anglers to kill all Snakeheads caught in an effort to help control the propagation of this species. Please visit their respective websites for more details. If you catch a Snakehead bearing a USFWS tag, you are asked to kill the fish, retain the tag, and call the number on it. You will be asked questions about where it was caught, how it was caught, its size, and its approximate weight. Also, the USFWS may wish to collect the fish. For your efforts, you will be rewarded with a “Snakehead Control” hat, which is a coveted prize among TPFR members.”