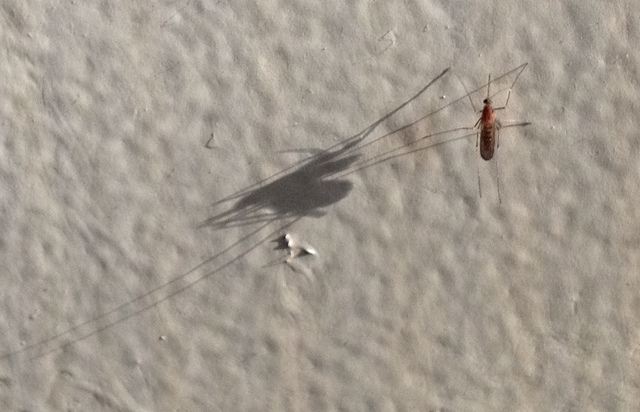 From the Government of the District of Columbia Department of Health:

The District of Columbia Department of Health (DOH) has confirmed a single human case of West Nile Virus in the District. DOH and its health and medical partners are closely monitoring the well-being of the District of Columbia resident who has since improved and been released from a local hospital. A West Nile Virus human case has been identified during the summer months for the last three consecutive years.

DOH is advising residents and visitors to be mindful of the presence of mosquitoes during the warm summer months when mosquitoes are most active.  Mosquitoes can transmit diseases including the West Nile Virus to humans and animals. DOH will continue to conduct its Arbovirus Surveillance and Response Plan, including the West Nile Surveillance Program, in all eight wards of the District. The program, conducted yearly, includes surveillance, prevention, control and response components.

Residents are encouraged to help protect against mosquito bites by:

· Applying insect repellents to exposed areas of the body; and

· Covering tires stored outside before each rain and uncover them promptly afterwards to prevent water from standing on the tarps.

· Turning over plastic wading pools, wheelbarrows, and canoes when not in use.

· Re-grading low areas where water stands and clean out debris in ditches to eliminate standing water in low spots.

· Storing pet food and water bowls inside when not in use.

Taking these preventative measures is critical in minimizing the presence of mosquitoes and reducing the risk of residents contracting the West Nile Virus and other infectious diseases.