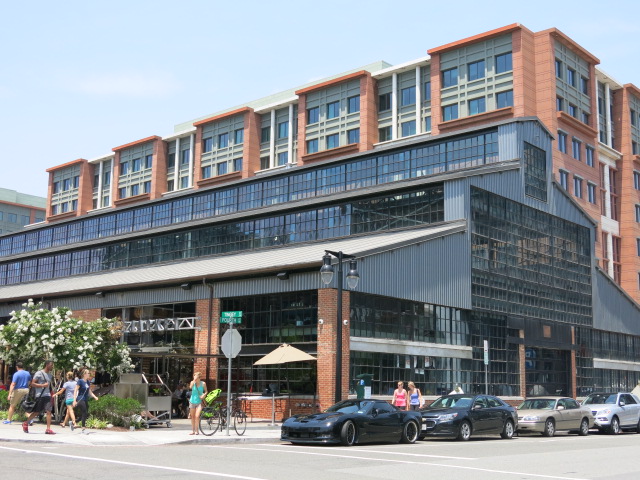 “To cap off a week of phenomenal DC Beer Week events, we are going to cut the ribbon on Bluejacket’s new Bottle Shop & Tasting Room, located adjacent to the brewery and restaurant, on Saturday, August 15th,beginning at 11am and running until 4pm. This is the perfect opportunity to visit the renovated space, sample some classic, vintage and rare Bluejacket brews on draft, and shop our expanded bottle selection.

For this special occasion, our brewing team is busy bottling some of the season’s best suds, and you can expect a bevy of our rarest bottles on the shelves for the occasion, some of which have never been released before (including Whiskey Barrel-Aged Mexican Radio!). We will have no fewer than 20 different Bluejacket brews available by the bottle for this event, and you can check out the list below for what we have in store. We’ll also have 6 brews on draft in the Bottle Shop & Tasting Room, including Forbidden Planet, Jackal, Lost Weekend, Red Wine Barrel-Aged Swirl, The Jam and Whiskey Barrel-Aged Double Mexican Radio.

Additionally, we’ll be selling tickets to the event (deemed the “Best Beer Festival in DC”) at Bluejacket throughout the day, plus giving away 2 VIP tickets (which are nearly sold out)!

THE BLUEJACKET BOTTLE LIST FOR THE GRAND OPENING OF THE BOTTLE SHOP & TASTING ROOM: