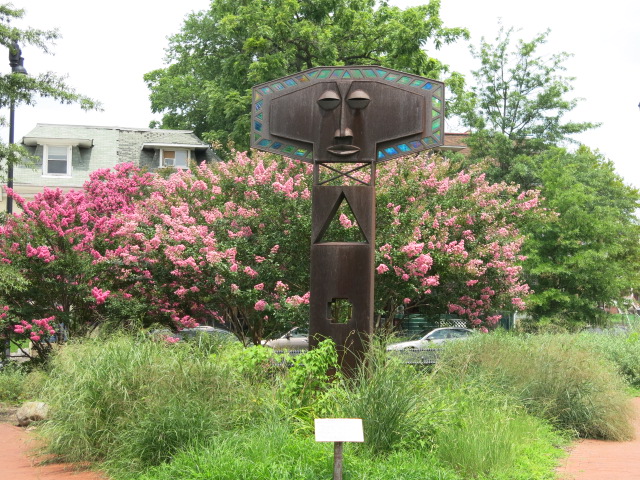 Well I consulted with my board of directors, actually just my friend Eric – the Lord of Petworth who advised me that my private life is my private life and I don’t need to post about it. But since I’ve been so publicly associated with Petworth I feel it’s important to let folks know because I’m not hiding anything (I can actually hear some of my haters salivating…) First off I love Petworth. It has shaped who I am today in many many ways and I will always love Petworth.

Before I went public about this to anyone, some folks started tweeting and emailing about my house being for sale – intimating that I was moving for safety reasons. That is simply not true. Am I thrilled with the recent occasional violence? Obviously not – but after 12 and a half years – I promise you it is way better today than when I first moved in. So let’s just get this out of the way – I moved because of schools. I have a 2 and a half year old daughter and was zoned out of my preferred elementary school last year. So basically my wife and I did some calculations – did we want to jump on the charter school lottery roller coaster (which has worked well for many, but has also been a disaster for others) or take the easier route (and recognizing that I am very lucky to even have this as an option) by moving into a different feeder school district. And because I’m being up front here – there was another calculation – we have another baby girl on the way too. So I thought if we are going to move – it would be easier now before the second baby is born. So after weeks of no sleeping, literally, I said let’s just see what happens and see if we can find anything in our price range. I also knew I could sell my house now pretty easily and spring/early summer is a good time to buy. I was lucky enough to find a house that my family loves. I’m happy to go into more detail with folks at the next happy hour coming up soon – but that is in a nutshell how it happened.

So, where did I move?

I am sorta returning to my roots (when I first moved to DC I lived in Woodley Park then Cleveland Park) and am now living in between Van Ness and Tenleytown. How did I choose North Cleveland Park? Besides the schools, I needed to be someplace where I could still do my walkabouts all over the District in a 4-6 hour range. I also wanted to be walkable to metro, buses, libraries and restaurants. Fortunately, I managed to end up on a very beautiful block with warm welcoming neighbors.

For those who fear this site will change – fear not. I’ve been posting from here for over two weeks – so if you haven’t noticed a change yet you will not in the future either. Why is that? Like I said – I still love Petworth and all of the great neighborhoods on the green line and beyond that I’ve been covering for close to nine years now. I’ve always said that what I love most about DC today is taking advantage of and appreciating the revitalization happening all over the District not just in Petworth, thus the birth of PoPville. So my coverage will continue to focus from Petworth to Navy Yard to SW Waterfront to Shaw to Columbia Heights to Bloomingdale to Brookland to Takoma to H Street, NE to Hill East – to everywhere in between. I will always be interested in and focus my attention on where the action is and where the fun stuff is happening.

Believe me, it kills me to move from Petworth just when Upshur Street is absolutely exploding with new restaurants and bars. Petworth also has a great jazz and dance series not to mention the phenomenal Farmers Market, Old Soldiers Home and neighbors I genuinely love. But there comes a point when decisions are made using a different calculus. I’m happy to say that you’ll still see me walking around with a camera around my neck and smile on my face knowing that Petworth continues to get better as does much of DC. I’ve already done the walk and it only takes me 40 minutes to walk from my house to Petworth Citizen :) I look forward to continuing to chronicle the changes in Petworth as well as the “next Petworth” along with all the other great neighborhoods that make up DC. It’s funny, I had such a fear telling my friends and neighbors about this move but 99% of them all responded the exact same way – “yeah that makes perfect sense” and the other 1% is just my ornery friend James. Anyway, I will still post on PoPville as Prince of Petworth and you can still email me at [email protected] because as another neighbor reminded me – being the “prince” and appreciating the beautiful life has always been rooted in philosophy rather than geography.