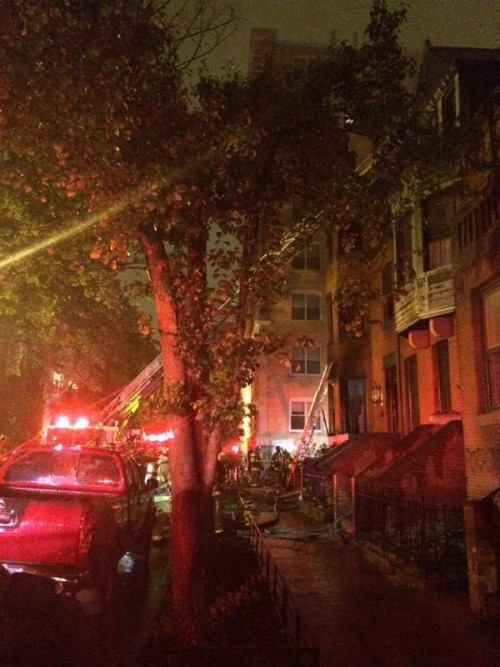 Thanks to all who tweeted and emailed about the terrible fire in Dupont early this morning.

“2 alarm fire next my apt. last night on Riggs street, NW cores out a row house killing two. Others hurt”

“Sources tell FOX 5 two bodies pulled from the third floor were a male and a female. One person was found in the bedroom and the other in the hallway.”