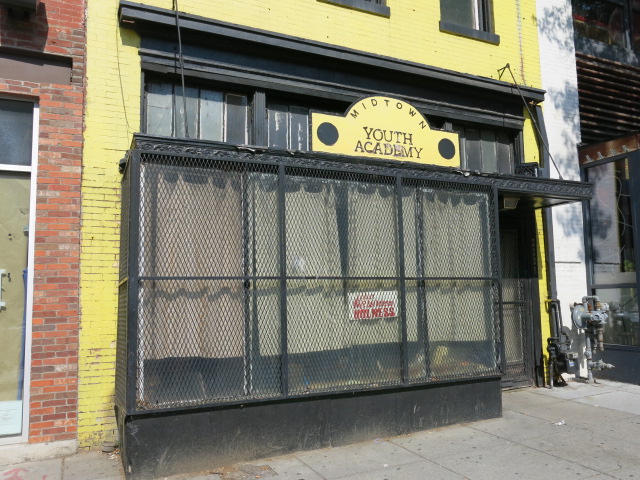 “The Our City Festival is a celebration of D.C. through film, music, art and literature. The weekend-long event, taking place Friday, June 5th to Sunday, June 7th will bring the diverse communities of Washington, D.C. together in effort to encourage a greater understanding and appreciation of the city and its people through the arts. The festival is presented in partnership by the DC Public Library and DC-based communications firm, KRPR, and is backed by an advisory committee that includes such luminaries as writer, George Pelecanos (The Wire, Treme), musician Brendan Canty (Fugazi), Esther Kim (Fantom Comics), progressive hip-hop artist Chrystylez Bacon and many others.

“Since 2008, the Our City Festival has been the Our City Film Festival,” says Festival Founder and KRPR Co-Principal, Kendra Rubinfeld. “Over the years we have been amazed by the number of film entries and the enthusiasm of audience attendees. We figured, if people want to celebrate D.C., let’s open this festival up to even more creative voices and give them the platform to tell more stories-thus the Our City Festival was created.”

“The DC Public Library is thrilled to help present this year’s Our City Festival and affirm our ongoing commitment to the District’s creative community,” says Richard Reyes-Gavilan, executive director of the DC Public Library. “Public libraries are playing an increasingly important role in supporting the arts. This festival celebrates the work of District residents and shows that their library can serve as an epicenter for cultural and artistic expression.”

Each event during the Our City Festival will have a central focus specific to D.C. This year’s four events will center around D.C.’s Ethiopian culture, the history of Hand Dancing in the District, a literary and musical showcase featuring local ex-convicts, and the role Washington’s waterways play in shaping and reshaping communities. The events will feature an array of well-known area artists and performers, including members of the Chuck Brown Band, rapper Bomani Armah (of the cult hit, “Read a Book), singer/songwriter Tamara Wellons and many more.

The film festival portion of the Our City Festival’s Main Weekend Events will take place at the Goethe Institut (812 7th St., NW). The live performance and exhibits will be held inside of or in the vicinity of the Martin Luther King Jr. Memorial Library in downtown Washington, D.C.”