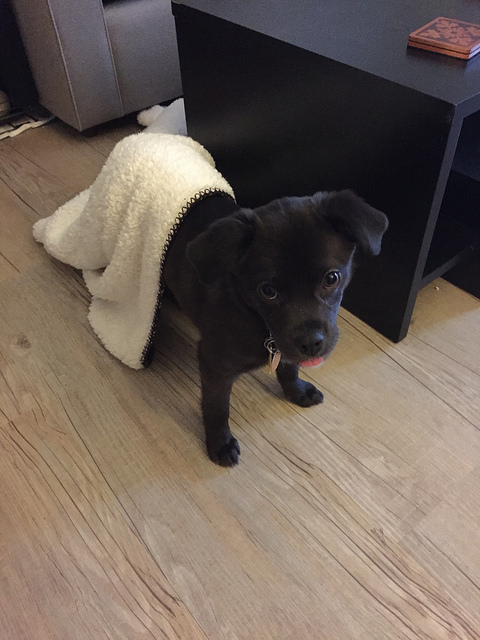 Hi everyone – We would like to thank all of you for your kind words and support since we lost our puppy Pip on April 12. As you’ll recall, she was hit by a car while on a walk during a weekend boarding at Wagtime. We’ve spent the past few months trying to learn more about what happened and discussing our next steps. We want to share with you today that we’ve filed a lawsuit against Wagtime and its owners. You can read the complaint below.

As you’ll see, we were disturbed to learn of many discrepancies between eyewitness accounts of the accident and what Wagtime’s owners told both us and the police about the circumstances of Pip’s death – where and how the accident occurred, who was walking our dog, whether she was wearing her proper harness and leash and even the condition of our dog when she was transported to the vet. We were told that Pip had survived the accident and was alive (but laboring), when in fact we learned later that she died at scene. We hope you’ll read the full details in the complaint. It’s been heartbreaking for us to have to spend the months following our dog’s death having to piece together what really happened, but it’s very important to us that the truth gets out.

Thank you again for all of your support. – Julie and Mike”