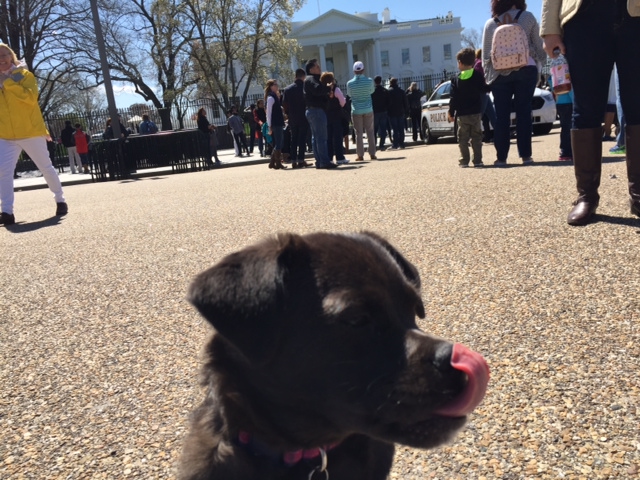 A hit and run accident Sunday killed our 10-month-old puppy, Pip. We were out of town and she was being boarded on 9th Street. She was on an afternoon walk between 2:30-3pm when she was struck by a car at the intersection of 11th and Rhode Island Ave, NW. We’re told by the walker that the car didn’t stop. We don’t have much information about what happened and we’re trying to find any witnesses. She was apparently on a walk with two others dogs at the time, but neither they nor the walker was hit – just our dog. She was a 20-pound black puggle mix – a little thing. The police have opened a hit and run investigation, but we’re just worried that without any witnesses, it’s going to be almost impossible to find the driver.”