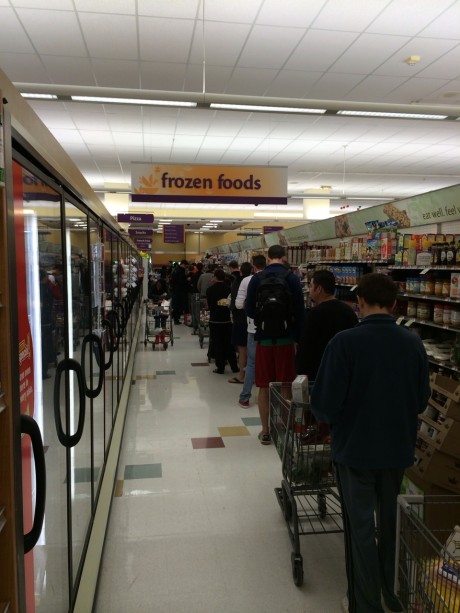 Having been a regular shopper at the Park Road Giant for over four years, I thought I had seen it all. But today takes the cake. I was second in line on the self-service checkout line, with about twenty people behind me. A woman comes up, waves a wad of cash in the face of the guy in front of me, and tells him she is in the “worst hurry ever.” He takes the cash and she gets in front of him.

If he were the only one in line, that’s would be one thing. But what about the twenty-odd people behind him? Where’s their share?

I did nothing, as this is but a minor blip on the scale of world problems. But I’d appreciate the views of your sage readership as to whether I should have asked the manager to send this woman to the back of the line where she belonged.”