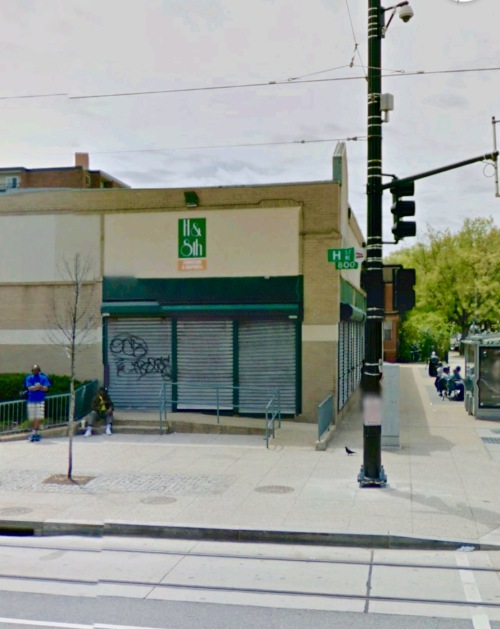 In August 2013 when I opened up my store on H street with the hopes and dreams that every entrepreneur has. I wanted to be successful, I wanted to give my customers a quality product at a great price and I wanted to be a part of the H Street community. I had scouted the location out for months. I loved the busy street and I thought that the bus stops were great because it dropped customers off directly in front of the store. Unfortunately immediately after I opened up I realized that there was a problem. My problem was the 10-20 regular loiterers that hung out directly in front and to the side of my store.

There was a lot of drug dealing and drug use. On a daily basis drunk or high people would come into the store and yell at me and my employees. They would threaten us. They would get in our faces. These men would sit on the two steps leading up to the front doors and they literally wouldn’t get out of my way or my customers way. They would stand in the handicapped ramp leading up to the store or sit on the handicap railing. They would also sit on the window sills running down the 8th street side of the building. I sent letters to Lt. Godin and commander Hickson at MPD. Lt. Godin really tried to help me. He visited often and did the best he could. In the end the police department is seriously outnumbered. There was only so much they could do. I begged my landlord to please help me but they did nothing. The people loitering outside made it clear that this was their neighborhood and we weren’t welcome.

They proved it in words and in action. I can tell you countless stories from my seven month pregnant employee being assaulted in the store to my own pregnant wife being intimidated. One employee quit after two days another quit after 7 days. I opened the store so I could make more money to support my growing family. Just before Christmas 2014 I asked the landlord to terminate my lease. They said that they wanted to work with me but because of the coming holidays they were short staffed and we could reconvene after the holidays. On January 13, 2014 my wife went into early labor by six weeks. It was a life changing moment. We had our first child, a boy and we named him Benjamin. We call him Benji. With the business costing me about $12,500 out of pocket to run a month it soon became apparent that we couldn’t afford daycare and I watched Benji as a stay at home dad and brought him to work with me. The daily barrage of intimidation and not knowing what would happen next really took a toll on all of us but especially my employees.

Morale was very low. In November 2014 I finally called it quits. My wife, my father and I personally guaranteed the lease. My wife a fourth grade Fairfax County teacher. My father has worked in conflict zones for pretty much my whole life, I’m 40. My father has been in Afghanistan for the past six years. He turned 65 this past March. He comes home to retire in a couple of months. Right now the landlord is suing us personally for about $100,000. They claim that there are no drug dealers or people under the influence on the corner of H street and 8th street. They claim that men do not sit on my front steps and on the railings and stand along the handicapped ramp or sit along the windows running down 8th street. Also they claim that people do not congregate in front of Rite Aid.

I need help. I’m not asking anyone to make up stories or not tell the truth but I know that there are people who have seen with their own eyes what I’m claiming. If not the abuse that took place inside the store they can probably corroborate my claim that men sit on my front steps. Men sit on the front railings. Men stand in the handicapped ramp. Men sit along the window sills. Men congregate on that corner and they are involved in drug use. Many people in the past told me that they are intimidated by the people that hang out on that corner. I just need some people to corroborate my side of the story.

This amount of money that the landlord wants to sue me for will literally ruin me financially for the rest of my life. They will come after my wife. They will come after my dad and his house that he’s worked his whole entire life to create. I need help. I have until April 14 to send opposing counsel letters/emails from people that can corroborate my story. If anyone wants to help me please send me a direct email. Tell me if you’ve seen people sitting on my steps. If you’ve seen people sitting on the handicapped railings.