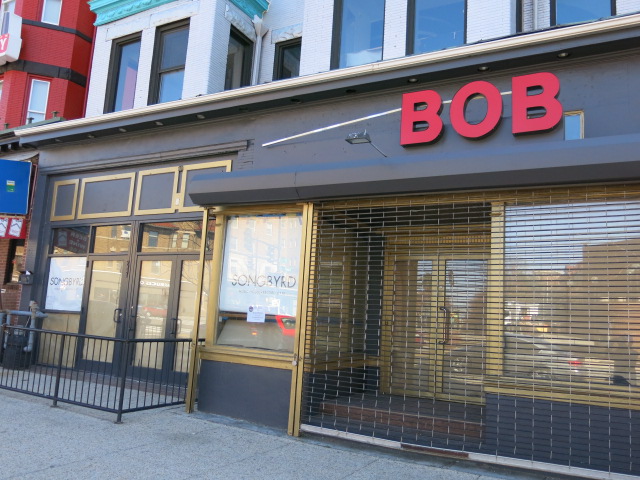 “Upon opening in D.C. on Friday, April 17th, Songbyrd Record Café will be the first of its kind in the city. Songbyrd is defined by the freedom to enjoy, consume, and interact with music in a comfortable, social environment. In addition, the Adams Morgan cafe houses one of the country’s only 1947 Voice-O-Graph recording booths, on which anyone and everyone is encouraged to record their own sounds directly onto a 45-rpm record. 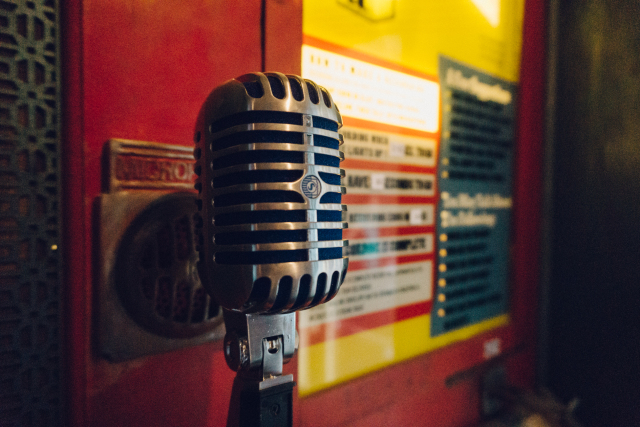 The moniker Songbyrd pays tribute to legendary DC musician, Charlie Byrd. One of the first to blend jazz and bossa nova in the early 60s, he is credited for introducing Americans to Brazilian music with the release his album: Jazz Samba, which was recorded in Washington, D.C. Drenched in musical history, the new café occupies the same space as the former Showboat Lounge, where Byrd and Stan Getz dreamt up the idea for the career making album. To locals, the Showboat Lounge was the “finest” music room in Washington and Sonbyrd hopes to build on that legacy. 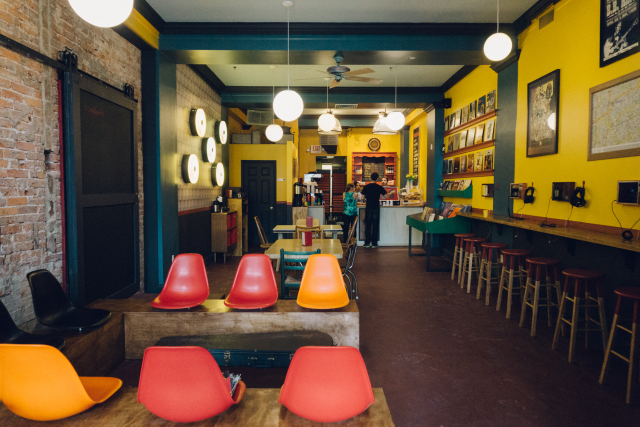 Sonbyrd aims to re-imagine a musical destination in which devotees and aficionados can explore, create and purchase music while also enjoying a café atmosphere. With the Voice- O-Graph, artists can record up to three minutes and ten seconds of music, comedy, thoughts, or anything at all and take home their very own “45’” for $15. Ultimately, Songbyrd will offer approximately 350 vinyl records featuring an array of genres with a special emphasis on soul, funk, R&B, hip hop and indie albums that would make the cafe’s namesake proud. Want to discover new music? The café will suggest featured releases and custom digital listening stations will be available to sample albums as well as curated playlists.

Industry vet Alisha Edmonson and fellow audiophile and Adams Morgan resident Joe Lapan are hoping to build a sense of community with the perfect blend of music and food. “Moments in life are defined by music; it is as much a part of the human experience as food,” said Edmonson. “We wanted to create a place that accentuates the listening experience, where music becomes integrated into the very fabric of the meeting with friends, not overpowering it, but not fading into the background either.”

To create a mouthwatering menu for audiophiles, Songbyrd tapped Matthew Richardson, former chef of notoriously food-savvy spots in the District area: 1905, The Argonaut and Gadsby’s Tavern. When it first opens, Songbyrd Record Café will serve an assortment of sandwiches including a chicken and brie schnitzel with raspberry sauce, an eight hour braised pork shoulder on sourdough with melted gruyere and red wine au jus, and the roast ‘byrd’ with sage roasted turkey breast, creole mayo, sprouts and cranberry relish on a baguette. The jumbo slice and mumbo slice, open-faced sandwiches on focaccia, serve as Chef’s homage to the evolving neighborhood.

Those who have walked pass the record café will notice that Songbyrd is also working on a “music house” at the adjacent space at 2477 18th Street, N.W. News on plans for that space will follow.

Songbyrd Record Café will be open from 10am-10pm Sunday through Thursday and from 10am-12am on Friday and Saturday.”