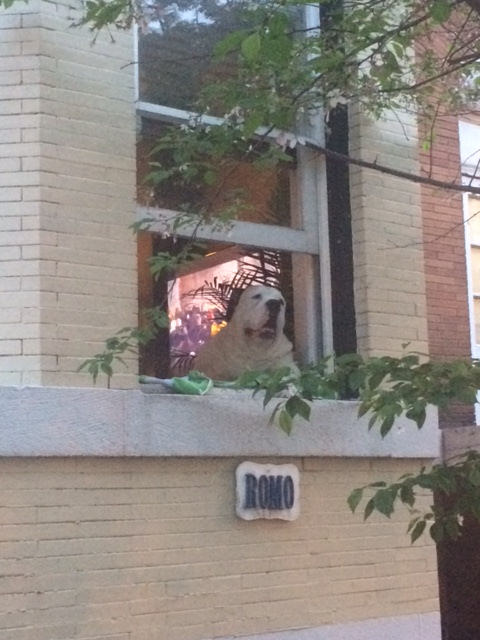 It’s been a rough morning, hell a rough month, thanks to a reader for sending:

“I’m sure others have reported, but it appears that Romo did NOT move to the suburbs, after all. This photo was taken Saturday evening!” 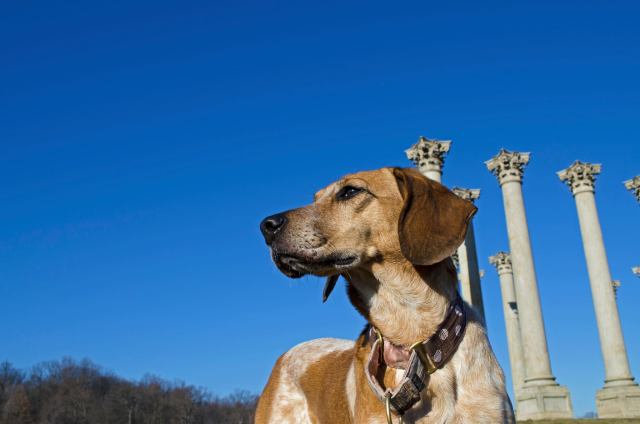 And since we’re talking pets today:

I’m trying to find a new home for my 9 year old red-ticked coon hound, Carol Schwartz (the Dog). Carol is a very sweet and loving dog, but she is a little on the nervous side, and she just doesn’t get along with small children; she doesn’t understand them and she gets spooked easily by their erratic movements. With a 15 month old son and another baby on the way, it is time to find a home that is a little quieter, a little more routine, and a little more Carol-centric.

We are doing everything we can to find a great forever home for her, but the rescues we’ve checked with won’t take a dog that is already in a safe home; that means we would have to take her to a shelter first, which I really don’t want to do, given her age and nervousness.

She is truly a wonderful companion animal, and she would do really well in a home where she can get a good routine. She’s in excellent health (up to date on all her shots and meds) and is very energetic for a dog her age. She loves to snuggle on the couch, go on long walks, run in the snow, and generally be wherever her people are. She’s even good on road trips.

We’ve called all the rescues in the area and we’ve been promoting the heck out of her Petfinder profile, but I’m hoping that a post on PoPville could give her a little boost! We’re in DC, but I would be willing to drive her just about anywhere to deliver her to a good home!”