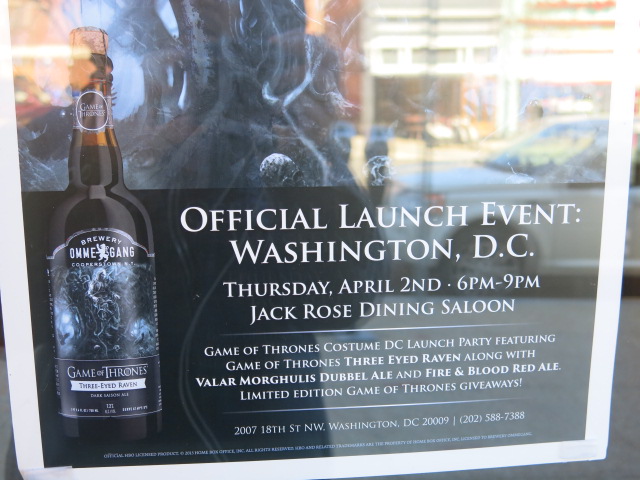 “Game of Thrones fans and beer lovers, rejoice! DC is hosting a launch event for Brewery Ommegang and HBO’s new Three-Eyed Raven, a dark saison ale inspired by the hit HBO drama and the mysterious old man fused to the roots of a weirwood tree beyond the wall. This exclusive event offers guests the chance to try Three-Eyed Raven Dark Saison Ale before its national retail release on April 6.

Join Brewery Ommegang and HBO at Jack Rose Dining Saloon on April 2 from 5pm to closing. Must be 21+ to attend.

Three-Eyed Raven lands in DC at Jack Rose and Brewery Ommegang will be there with Game of Thrones and Ommegang prizes and give aways.

Join Brewery Ommegang and HBO for a taste of the most mysterious beer (not yet) on the market and celebrate the most anticipated season premiere of 2015, the return of Game of Thrones on April 12 at 9pm.” 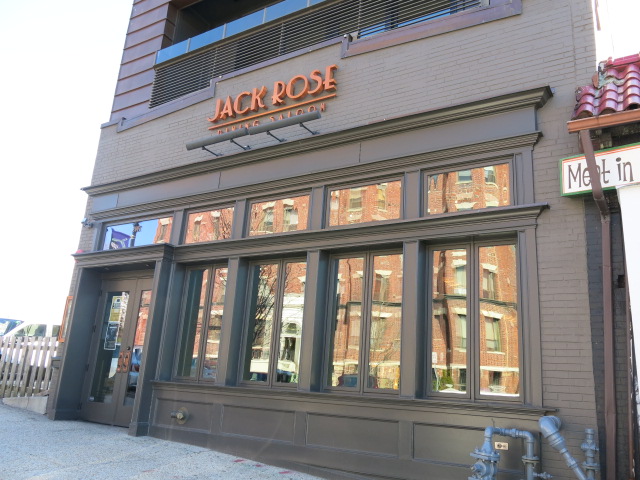