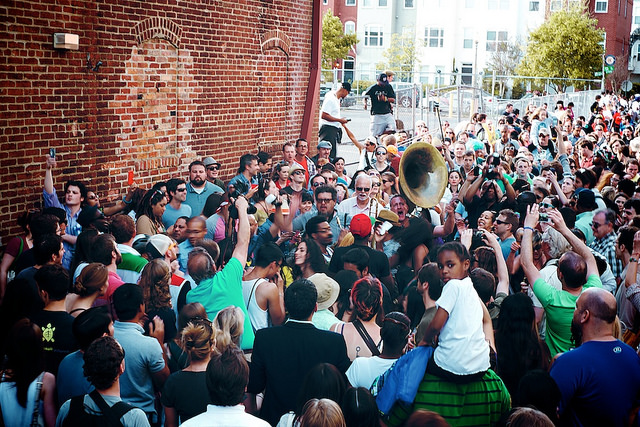 “The Bowser Administration has agreed to allow Funk Parade to take place on U Street NW on May 2, 2015, the D.C. Department of Funk announced today. The move reverses the city’s previous stance of prohibiting the closure of U Street NW for any public event, which had been in place for nearly a generation.

“We’re grateful to the city and Mayor Muriel Bowser for acknowledging U Street’s historic significance to the District as the soul of music, culture and celebration, a place that’s unlike anywhere else in the city,” said Justin Rood, co-founder of Funk Parade. The event, including a day fair and evening music festival, takes place from Noon to 10 PM. 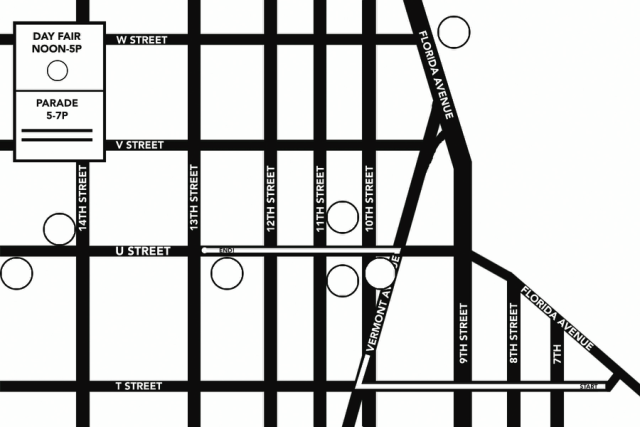 “The Funk Parade embodies the best spirit of the District,” said Mayor Bowser. “It brings our communities together and honors the City’s musical heritage that we’ve all come to know and love.”

“We are also grateful for the endorsements from Councilmembers like Brianne Nadeau, our local Advisory Neighborhood Commissioners, community groups, local businesses, and the support of community members, that made this happen,” Rood said. “Thank you for making your voices heard. The city has a heart, and it beats beneath U Street.”

Up to the mid-1990s U Street NW frequently hosted community parades, including former Mayor Marion Barry’s 1979 inaugural parade, a parade to mark the opening of the Metro Green Line station in 1992, and even a parade for home rule in 1964 led by Rev. Martin Luther King, Jr. However, for the past 17 years the city has allowed no significant closure of the thoroughfare for a public event.

The announcement follows months of negotiations between organizers and city officials. A local resident even started an online petition which garnered nearly 1,500 signatures from residents and other supporters. The Washington Post’s Clinton Yates called for the city to switch its position, writing that “the decision should be a no-brainer for Bowser’s office.”

“It is a participatory parade. Anyone can join in, just come to the Howard and get ready to dance and make music, that’s the beauty of this parade,” explained Chris Naoum, co-founder of Funk Parade and head of Listen Local First, an organization devoted to supporting local musicians.”

Read more →
More Stories
The Barbies of Q Street Do Not Disappoint for Easter“Celebrate baseball, Pilsner and Patios at Brookland’s Finest” on Monday