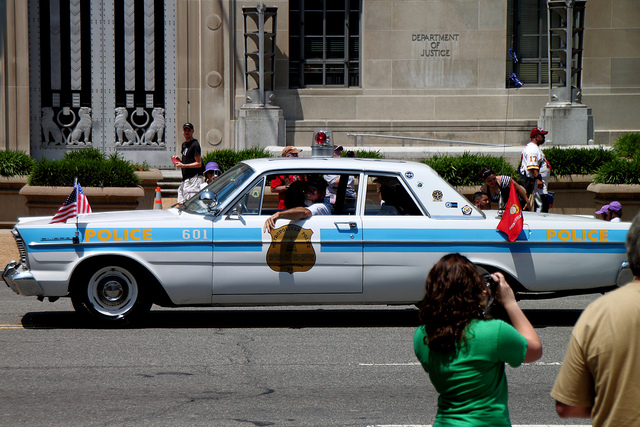 The other day, while driving up North Capitol Street, I noticed a truck doing maintenance on one of the many speed cameras that populate North Cap. It had MPD insignia on the side, although it did not have any visible lights. What stuck out to me is that it had a Maryland license plate. Further up the street, I saw another truck with the same markings working on yet another speed camera, but this time with New Jersey plates. Why does MPD have vehicles registered in any state other than DC?”

“For the purpose of contractors handling battery replacement of automated traffic enforcement units, MPD is renting vehicles on a short-term basis, which is more cost effective than buying vehicles.”