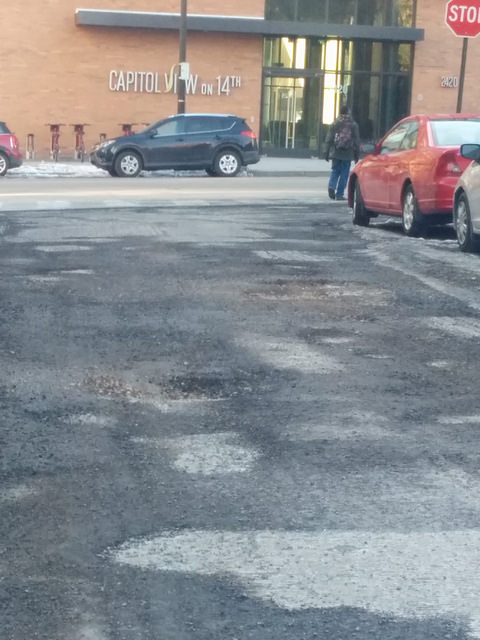 I know there are massive problems with massive potholes in DC, but I have never seen anything like what happened to my street. The stretch of Belmont St. NW between 13th and 14th NW was paved a few months ago, with one giant exception: the 100 feet or so that intersects 14th St. NW was prepped and coated weith gravel then abandoned. During the past 2 months winter has wreaked havoc on that area, to the point now where it looks like it’s been bombed. I wrote to DDOT and received a standard “thanks for letting us know, we’ll pass your concern along” for email. (The reply took about a month.) Any other suggestions regarding how to get DDOT to act? Maybe they need to wait until spring to pave again? It’s just odd that they paved the entire block and left this one portion to be destroyed by the elements.”