Ed. Note: We used to feature these renovations from PoPville back in the day but it’s been a while since I’ve found folks willing to share. A good time for me to say, which I sadly realize I have to say, if you have negative comments about the reno please consider keeping it to yourself. Critiquing the renovations is not the point of these posts. It’s simply to show what some folks have done. If you like it, obviously, feel free to let them know but again – well let me be clear – don’t be a jerk. Thanks. Sorry to have to preface with that. I really do love these features and am fortunate that 2 or 3 three more folks have also agreed to share their renovations. These renovations can be extensive – like a whole house gut or simply a 1/2 bath added, floor refinished or even smaller. It can be a whole series of posts or just one. If you’d like to share one of your projects please email princeofpetworth(at)gmail thanks and thanks for understanding!

You can read episode two from this series here. 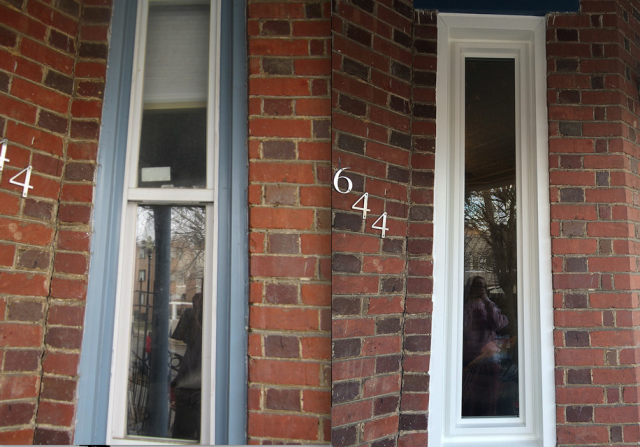 “I knew we would replace the windows in our house eventually, but I did not think we would do it in the first year let alone the first five months! However, after doing some research I found it was more cost effective to do all 15 windows at once rather than replace a few at time. Plus many companies have a four (or more) window minimum. I hope no one reading this has to replace windows soon because the initial consultation some of these window companies make you suffer through are terrible. Also, both spouses have to be home for the consultation, which is really annoying if you both work. Our windows were twenty years old and I don’t think they were even nice windows the day they were installed. They were so drafty and some of them could not even be unlocked, or it felt like they would break if you forced it! One window also had a small break in the glass.

First we met with Home Depot for a quick estimate on getting one window fixed since the lock on it was broken and that is not too safe. He was prompt and provided us with a quote for $671 Simonton window. He never mentioned lead paint or any of that and I know our house has lead paint in it since it’s 100+ years old. If you’re dealing with lead paint there is a special process for removing/disposing of the old windows. I also read mixed reviews on buying windows from Home Depot. Furthermore, $671 for a window and installation isn’t that cheap. 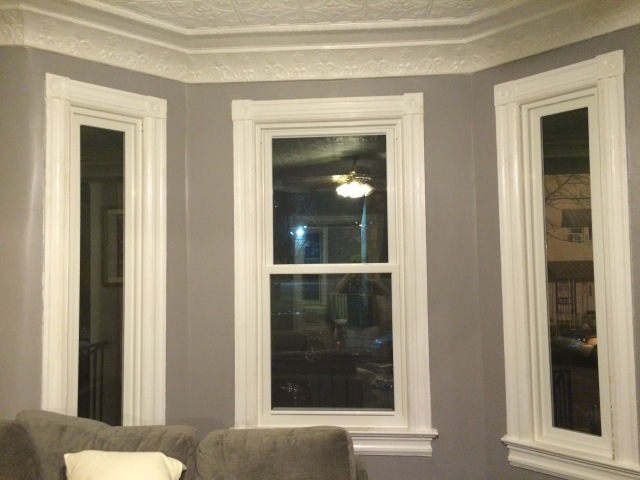 Next we met with Ameritech Construction and I did not enjoy the sales pitch and demonstration at all. If you research buying new windows you’ll find lots and lots of complaints about the high-pressure sales tactics these companies use. Well, this company nailed it and kept making jokes: “Just whip out that checkbook and write me a check now!” When you’re trying to get me to spend $30,000 on windows I just don’t appreciate your jokes. So he started out at $30,000, but then came down to $21,000. This was for triple pane windows. I will save the long story, but ultimately we did not go with this company.

Lastly we met with Thompson Creek and though they were trying to make the sale, it was not as bad. I was impressed with their product and liked that everything was local. They make their windows in Maryland. A friend also recommended them and their price was much better. They also agreed to remove the awnings from the front of the house, which I have wanted to do since we closed! We replaced the four small windows in each of our two bay windows with picture windows instead of the double hung. They finished the job in 11 hours and the team was very professional and left the house cleaner than when they arrived. It cost $11,000 for everything and the house is so much warmer and quieter. Each and every single window in our house was also a different size so it was nice that Thomson Creek custom made each window to fit. Some of the old windows did not fit correctly and they had used filler at the top to make up for that. The last thing I really wanted to do was spend that money on windows, but it really makes a big difference from inside and outside the house.”