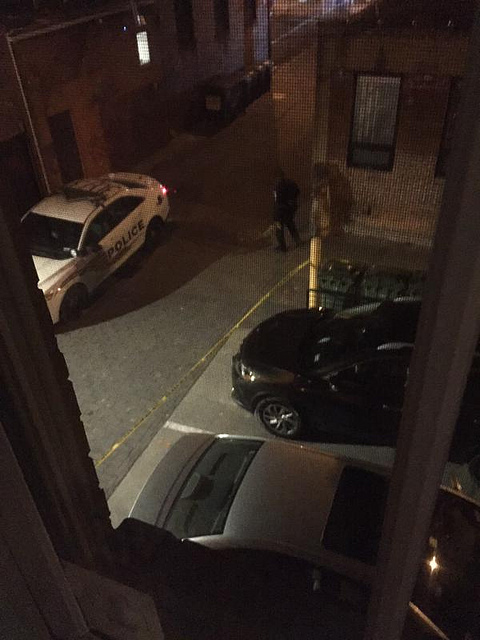 The Metropolitan Police Department is investigating a police involved shooting that occurred in the 1400 block of Swann Street, NW. Preliminary information indicates that at approximately 11:35 pm on Thursday, February 12, 2015, officers from the Third District were in the area of the 1400 block of Swann Street, NW when they interrupted a robbery in progress. While trying to detain the male suspect, he produced a handgun and fled. Officers exchanged gunfire with the suspect, who continued to flee. The suspect was located suffering from a gunshot wound in the 1500 block of Caroline Street, NW. Preliminary information indicates the suspect may have turned the gun on himself.

The suspect’s identity is being withheld until positive identification is made.

No injuries were sustained by the MPD officers. The investigation continues. Anyone who has information regarding this case should call police at 202-727-9099. Additionally, information may be submitted to the TEXT TIP LINE by text messaging 50411.”

“One or more armed robberies occurred near 14th St last night after 11pm. Police were chasing a suspect through the neighborhood on foot including on 15th Street and T Street and the surrounding alleys. Gunshots were exchanged in the chase. The suspect eventually died on Caroline St and the circumstances of the death are still under investigation.”

“Craziness on 15th at nw between Swann and T tonight…At least 10 gunshots, I looked out the window because I thought a rock had hit our window. Two bicycle police had dropped their bikes and had drawn their guns facing down the alley on the other side of the street, looking toward 14th St. I assume they were exchanging gunfire with the suspects, although I don’t know who was firing. Crime scene tape now enclosed our street entirely”

@tomlewis151 tweeted us the photo above:

“@PoPville lots of shots fired in alley 1400blk of T. My car is now in a crime scene! Hope everyone is safe!”

“The circumstances surrounding the shooting death about 11:30 p.m. Thursday in the 1500 block of Caroline Street NW were not immediately clear.”

and this morning @tomlewis151 tweets us the photo below:

“@PoPville morning after the shooting. Still a heavy police presence.” 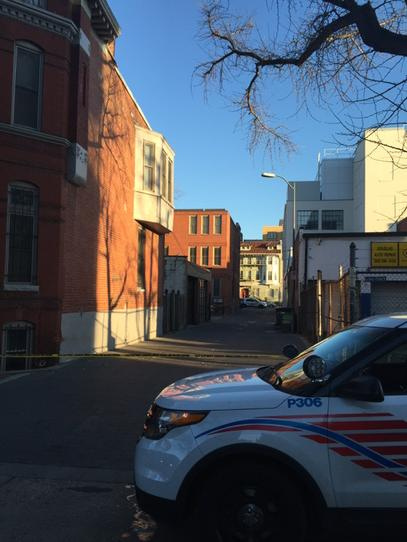 Read more →
More Stories
Friday Question of the Day – What Should Become of the old Franklin School?Metro Commute May Be Rough This Morning – Two Disabled Trains Reported