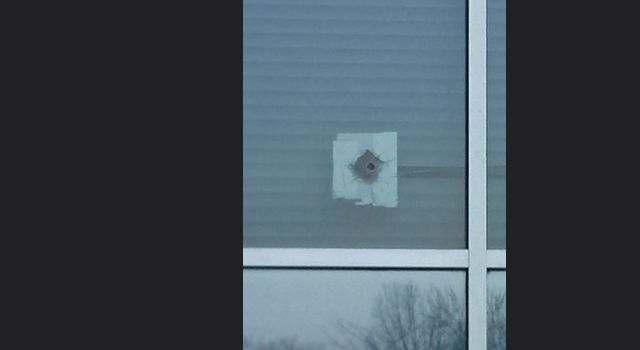 “Just wondering if you’d heard anything about Sky House East (1150 4th St, SW Waterfront) and gunshots? Yesterday I saw what appeared that five bullet holes in windows/doors on the east-side of the building. Anyone hurt? Scary thought for those of us living in the SW area.”

“the apartment tower at 1150 4th St. SW, just east of the Waterfront Metro station, was hit by gunfire about 10 p.m. Monday, police said and building management told residents in an email. A man with a gun at his feet was arrested in the alley of the 200 block of K Street SW, police said.” 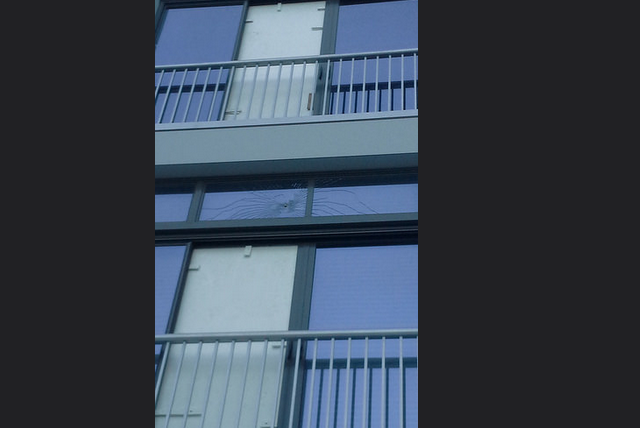 “Couple of the doors have been replaced, but you can clearly see the (apparent) bullet holes in the other pics.”