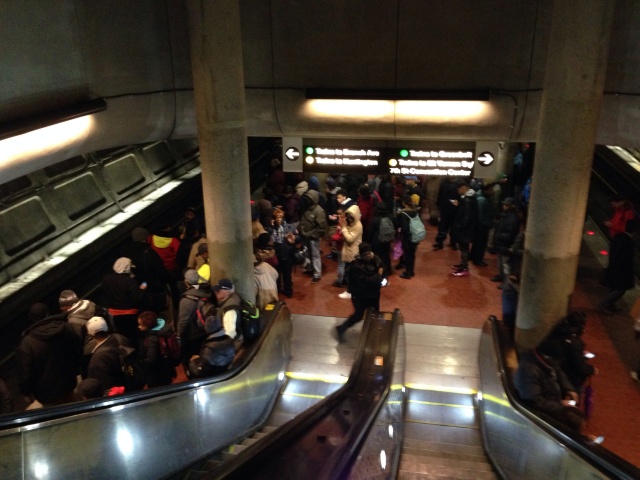 Reports are l’enfant plaza is closed. Updates when more info is available and I get to a computer.

“Metro Transit Police and fire department personnel are on scene at L’Enfant Plaza for smoke in the station.

The source of the smoke has not been determined. The station has been evacuated and is temporarily closed at this time.

Metro has activated tunnel fans to ventilate the area.

“Metro Box Alarm Update – Passengers are being removed from disable train inside of tunnel. No injuries have been reported.”

“23A,25A,25C: Due to traffic congestion, buses are delayed up to 15 minutes in both directions.

Update – you can see photos from the smoke filled trains and tunnel here.

“One dead, two in critical condition, with many others taken to hospitals.”

“Advised @NTSB is launching an investigation into L’Enfant incident. As a result, all info related to investigation will come from NTSB.”