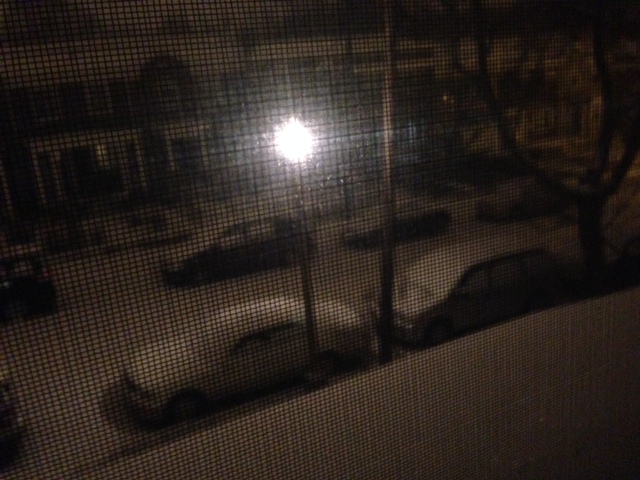 “The District of Columbia Government and Public Schools will be opening today January 6, 2015 on time.

The Federal Office of Personnel Management reports that federal agencies in the Washington, DC area are Open and employees have the option for unscheduled leave or unscheduled telework.

When the temperature or wind chill is 32 degrees or below, the District issues a Hypothermia Alert. Those who are homeless, and the general public, may call the Shelter Hotline: 1-800-535-7252 or the Mayor’s Call Center: 311 to get assistance.”

“Snow Advisory – Several Accidents in and around the District. Use Caution, give lots of space. Give the Plow Trucks a wide berth.”

Updated 7am – Not sure if weather related but reports of power outages in Dupont:

“@PoPville no power in Dupont, around 17th and p. Anyone else?”

“@PoPville no power close to circle at 19th & Corcoran”

Reader report power out in parts of Logan Circle too.

“@PoPville power out on U Street since about 7, Pepco says it will probably be fixed by 11 #snowpower” 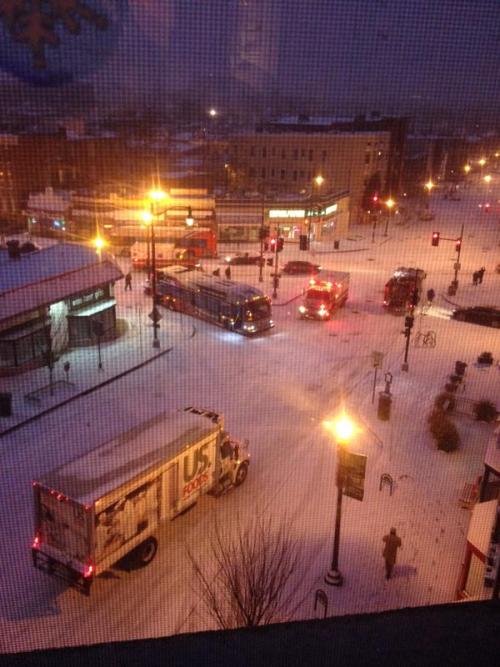 “Stalled bus or something not good at 18th and Florida NW.”

“Fire trucks and power company out at NH and Q. Smells like burning.” 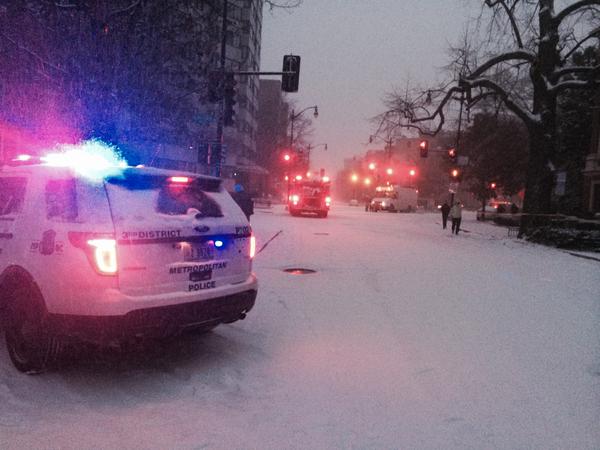 “@PoPville traffic lights at S and T on 14th are out. As usual, DC drivers aren’t bothering to treat it like an all way stop.”

“Accident at 18th & Florida NW. 2 other metro buses are stopped up the street. @PoPville” 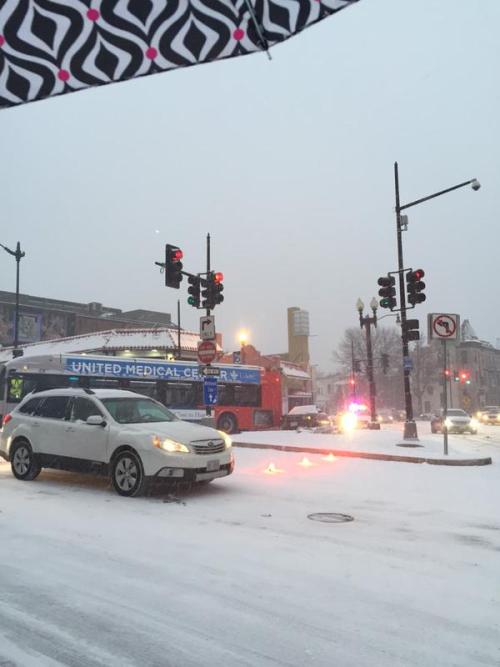 @PoPville Power out/traffic lights out at 13th and R, too. Rarely happens on this block.”

“Pepco reports a smoking manhole at 18th and New Hampshire Ave. NW. Due to the smoking manhole 6100 customers are without power. Pepco crews are on the scene working to resolve the problem at this time. No restoration time has been given. For information please contact Pepco at 1-877-737-2662″

“Very eerie in Dupont as lights out in all businesses. Street lights working.” 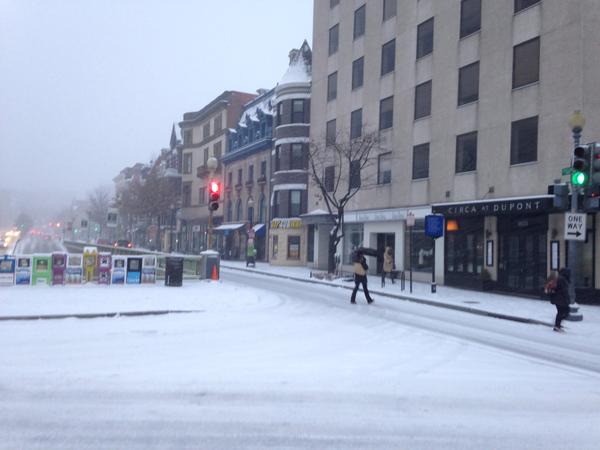 “Just made the trek from Columbia Heights to Logan and it looks like most of the streets are still untreated. This photo shows 14th St. at 7:45 am – where are the plow trucks?” 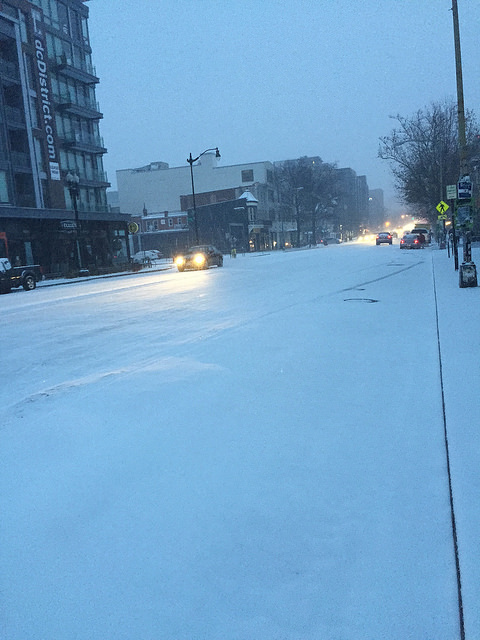