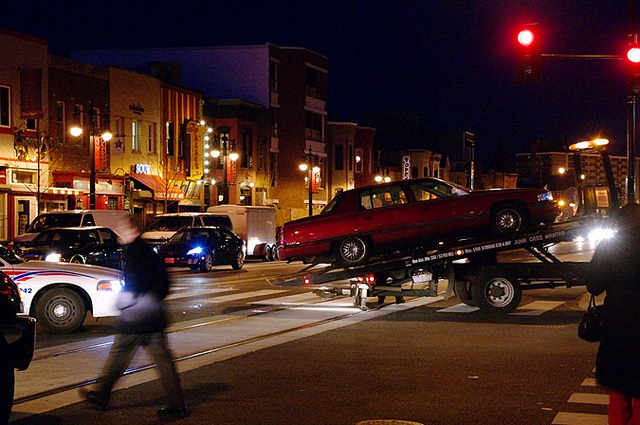 Wonder if anyone in PoPville have experience with pressing the city for reimbursement for expenses incurred with private companies. Basically, my car was ticketed and towed at the behest of a contractor who was renovating a house across the street. I was headed out of town for a week and I parked outside the no parking signs he had erected for more than a year.
I documented that my car was legally parked and the ticket was dismissed.

I sought reimbursement for the $220 in towing and storage fees since the ticket that provided the basis for the towing was dismissed. Now DC says that they have no responsibility because the contractor called the towing firm. However, the ticket clearly is checked “towing requested.”

Even tough it was towed by a private entity, isn’t DC responsible for authorizing the tow?
And since the original ticket was dismissed is DC not responsible for the towing and storage fees?”