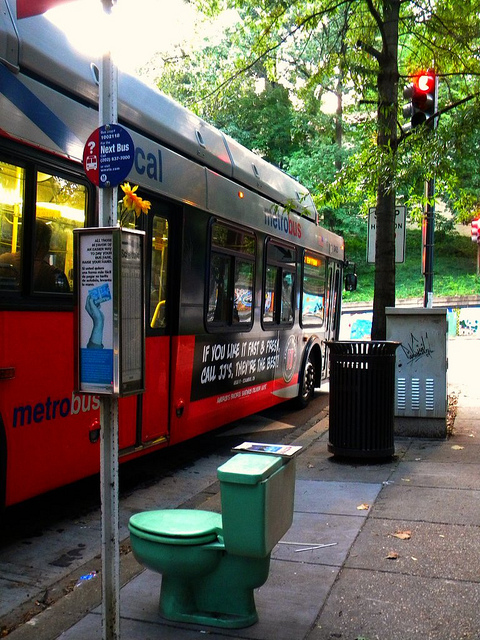 “This is kind of silly, but… who would have guessed that Washington, DC ranks #2 in the nation when it comes to number of residential toilets per capita? According to a new report from Redfin real estate brokerage, there are 98 loos for every 100 people in the DC metro area. DC was topped only by Boulder Colorado, which leads the nation with an estimated 102 toilets per resident.

Redfin real estate brokerage arrived at this list by looking at the most recent household and population data from the American Community Survey, along with county recorder data about the number of toilets present in each residence.”